To send him, or to hold him back. That was the big question. Our oldest son’s birthday is in August, very close to the September 1st cut-off for kindergarten. The question was if he was ready. If we held him back, what would we do with that year? If we sent him, would he be okay? With his birthdate we knew he would either be one of the oldest or one of the youngest in his class. Which was better?

My husband and I tried to break it down into a pros and cons list, talked to a bunch of people who had kids in school and a few teachers. Ultimately, just like many, many, many decisions we must make for our children, we had to go with our gut, say a few prayers and hope that we were making the right choice.

We decided to hold him back.

Once we made the decision, we turned to a new preschool, one that we knew would nurture his social and emotional skills. Ultimately, our biggest reason for holding him back was what I believe a lot of parents of boys worry about: his emotional and social well-being and maturity level. He was a sensitive, emotional little boy who wore his heart on his sleeve. Daily life was often too much for him and so kindergarten may have been too much. Would he have been okay if we had chosen to send him? Maybe. But we decided it was worth it to give him more time to work on the aspects with which he struggled in one more year of preschool.

When he climbed on the school bus a full year later on his first day of kindergarten, I saw his confidence shine through. There was no doubt in my mind; that year did him a world of good. He was ready.

As he begins his senior year in high school this fall, I can reflect on the years gone by and wonder what might have been. After all, had we not held him back, he would have graduated this spring and on to his next stage in life. And honestly, even now, I can say, he’s right where he should be. 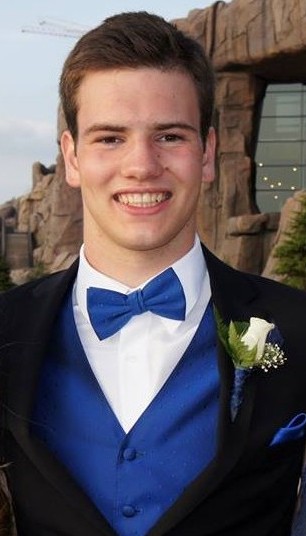 When he has been faced with the decisions of who his friends should be and what he should or shouldn’t do with those friends, being the oldest in his class has been an advantage. He hasn’t been perfect in his choices (what teenager is?), but I do believe his confidence and sense of who he is has made a world of difference in academics and social situations.

Having said all of this, I am not trying to advocate for holding your kid back no matter what. I have learned during this experience, as with many other aspects of parenting, that the most important thing to remember is that every kid has different needs and different wiring. In fact, he is the only one of our five boys that has been held back. Our fourth child (whose birthday is in June) started kindergarten as a five year old. He was SO ready and SO confident that it was not even worthy of a discussion.

We have a brand new five and a half year old son who came home to us from China in April. Despite the major changes in his life and the fact that his English is way behind the typical five year old American, he is socially and emotionally ready to attend kindergarten in the fall. He thrives on being surrounded by other kids and a routine. He will do better at school than home with me. Again, not even going to consider waiting with him; he’s ready.

I have the privilege of watching five very unique and wonderful human beings grow under my roof. They hit stages at different times and have varying degrees of confidence and readiness while doing so. From learning to talk, to potty training, learning to ride a two-wheeler to learning to tie their shoes. All of them were (or will be) different ages when they hit those stages. Why should their experience with school be any different?

One year from now my son will be getting ready to leave for college. I have no question that he will be ready.

The real question will be: am I?

A Letter to My Baby As She Starts Kindergarten 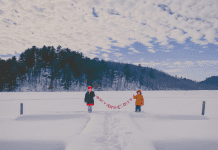