Vision and learning have a crucial connection to one another. In fact, it’s estimated that around 80% of information comes to a child through vision. Now consider that the American Optometric Association estimates around 25% of children have an undetected vision problem that could affect their ability to learn.

Could your child be one of them?

School vision screenings and conventional eye exams typically only evaluate visual acuity, or 20/20 eyesight. This is a measure of visual clarity and is tested by having a child read lines of letters on an eye chart.

Although an important measure, a test like this doesn’t require — or evaluate — the types of eye movements that, for example, are used when a child reads or writes.

Therefore, it may not detect what developmental optometrists like myself call a functional vision problem. Functional vision is how your entire visual system — the eyes, the brain, the visual pathways — works together to help you interact with your environment.

Let’s take a closer look at some functional vision skills commonly involved in learning. If any of these skills are not functioning normally in your child, their school performance can suffer. But the good news is that these skills can be learned and can often be corrected with optometric vision therapy.

When a child (or person of any age) reads, both eyes should aim inward at the same spot in order to fixate on print. If the eyes aim at a spot slightly in front of or behind the print, it takes extra effort to maintain fixation on the words. This is what happens in a condition called convergence insufficiency.

When the eyes don’t converge efficiently, it becomes challenging to concentrate. This can also result in visual discomfort, headaches, and even double vision when performing near-point activities like reading.

Here’s an example of what the words can look like:

This encompasses the ability to see an object clearly and to shift focus between objects at different distances. Since most schoolwork is done at a near distance, eye focusing needs to be maintained over time.

A school-aged child also needs to be able to quickly and easily focus back and forth from distant to near in order to copy notes from the board, for example.

A child with poor eye focusing skills will have blurry vision at times and may also suffer from fatigue or headaches.

Laterality is the ability to understand right- and left-sidedness of one’s own body. Directionality is a related higher-level skill important in understanding the sidedness of others, of objects, and of space.

A child with poor laterality and directionality may struggle with similar shapes that have different meanings depending on how they are oriented in space.

Below is an example of letters commonly reversed by children with poor directionality. Note that the letters are the same shape but are called a different name and represent a different sound based on their orientation. In this case, a child might confuse a b and a d or a p and a q.

Below is an example of an item from a visual perceptual skills test. A child is asked to identify which form among the bottom choices matches the form on top.

When a child has poor form discrimination, they find it difficult to identify small differences between similar-looking objects. Other types of form perception skills include finding objects when they’re incomplete, when they’re hidden among other objects, or when their size or orientation is changed.

Form perception problems can, among other things, affect a child’s ability to read, spell, and write.

A child who can read at an accelerated rate often has a good span of recognition, allowing them to recognize and process several words at one time.

However, if a child lacks this skill, they may focus on a single word (or letter) at a time, causing them to be an especially slow reader. They may also struggle with comprehending what they read because so much effort is spent on the physical act of reading.

To see what poor span of recognition can feel like, try reading a line from a book while looking through a straw.

The ability of the eyes to focus on a moving target is called pursuits, and the ability to switch between two targets is called saccades.

These are two different ways a person’s visual system tracks objects. Problems with these eye movements can cause a child to skip words or lose their place easily when reading. (A child may also have more difficulty catching a ball.)

Visualization is the ability to create and recall mental images. A child with a functional vision problem may also have difficulty with visualization, which can make it more challenging to understand number concepts, to make visual pictures related to stories, or to “see” a word spelled correctly in their mind.

Functional Vision Problems and Their Impact on School Subjects

Now let’s consider how problems with vision skills such as those described above can affect a child’s performance in reading, writing, and math.

Seeing the pictures in your mind as the author describes a scene or organizing the information in your mind as you read about concepts — these are efficiently done using visualization and visual memory.

However, if the vision system isn’t working correctly, comprehension can be affected.

In the act of handwriting, vision essentially leads the hand. There are several vision-related skills critical to good handwriting that can remain underdeveloped. In fact, you may be able to see vision problems reflected in a child’s writing.

Examples include writing uphill or downhill; sizing letters differently; spacing letters or words poorly on the page; not writing on the line; and writing illegibly.

A child with a functional vision problem may struggle with basic tasks involved with math, such as the following:

Note: A child with a functional vision problem may do well in math but be a poor reader, primarily because math doesn’t require as much sustained visual attention as reading.

Your Next Move: Take the Free Vision Quiz

Since vision is so integral to learning, and it’s possible to improve poor functional vision skills, you should take action if you suspect your child has a vision-related learning problem. Do you see your child in any of the information described above?

If so, it’s by no means a definitive indication of a functional vision problem. But it’s a good starting point. To take the first step toward diagnosis, take The Vision Therapy Center’s free online Vision Quiz. About the author: Dr. Kellye Knueppel is a developmental optometrist specializing in vision related learning problems, sports vision, and rehabilitative optometry. She is board certified in vision development as a Fellow of the College of Optometrists in Vision Development. Since opening The Vision Therapy Center in 1995, she has dedicated herself to helping people overcome their visual problems. 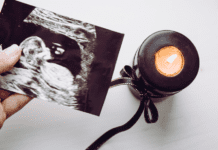 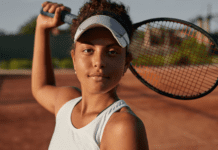 How Your Child’s Athletic Struggles Could Indicate a Vision Problem 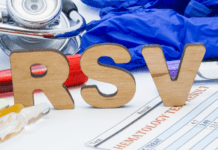