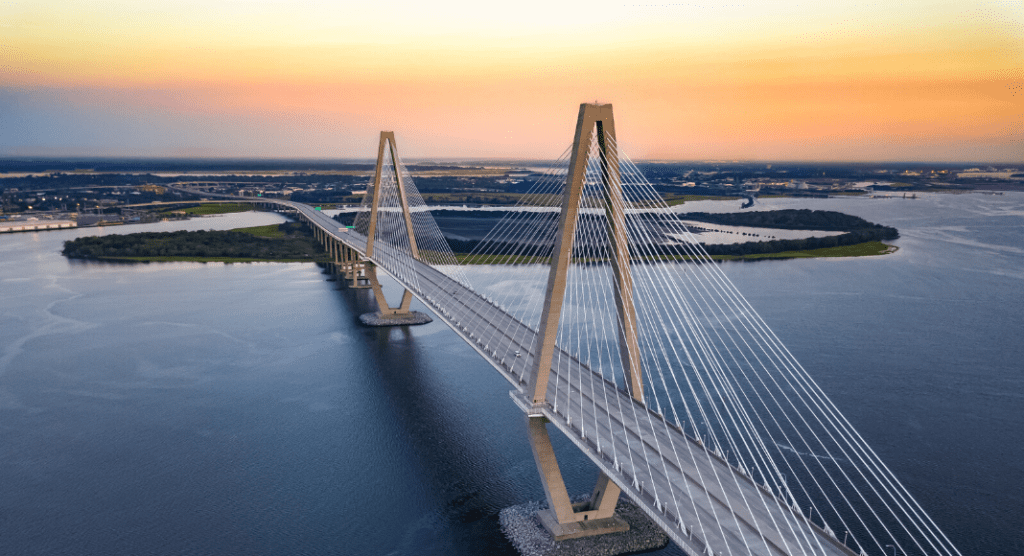 It’s official. Charleston is now one of my very favorite cities in the US! It’s full of charm, culture and rich in history. It’s a haven for foodies & is as beautiful as can be. Not to mention the shopping – it goes on for days and is loaded with locally owned shops & boutiques. Or if you are looking for a more relaxing vacation, they have you covered with that too because there are beaches galore nearby where you can go to unwind! Charleston offers something for everyone.

I will share some of the things that I took in (I spent four nights there), along with other recommendations. If I missed something – please comment and I will add! I did this trip with girlfriends, but am already planning to go back with my whole family.

City Market | The City Market is a historic market complex in downtown Charleston. Established in the 1790s, the market stretches for four city blocks!

King Street | Nothing defines Southern charm quite like King Street. It is a bustling thoroughfare where Charleston’s past and present meet. At more than 300 years old, King Street is the second most historically and architecturally significant street in downtown Charleston, after Meeting Street.

King Street boasts some of the city’s trendiest restaurants and sophisticated cocktail scenes along with hotels, art galleries, flourishing businesses, and a lively nightlife – not to mention some seriously exceptional shopping. In fact, U.S. News and World Report named King Street one of the country’s “Top 10 Shopping Streets.” 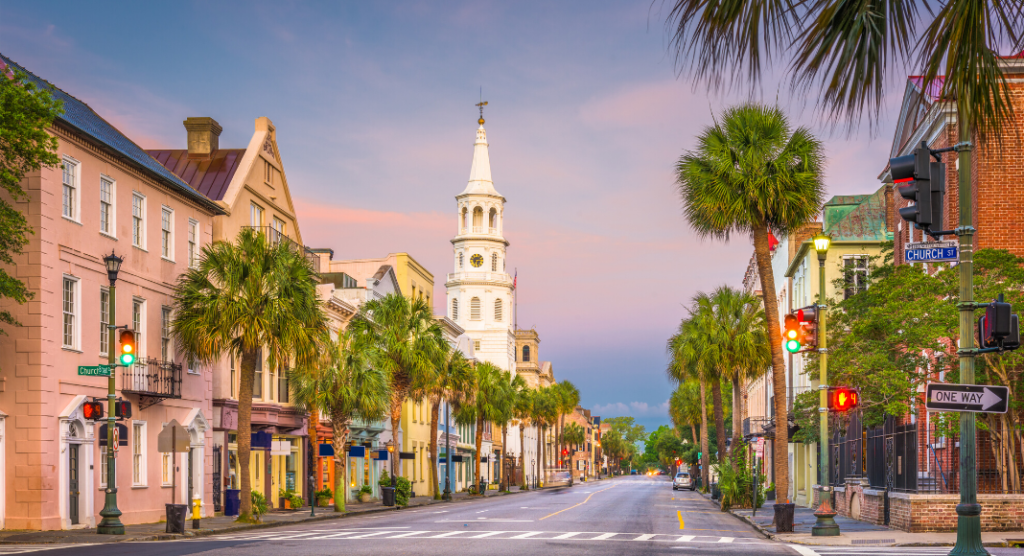 Walking Tour | We did the Highlights of Charleston Walking Tour and our tour guide, Palmer, was fabulous! Fun fact – she is from North Carolina, but her boyfriend is from Verona… I love when it feels like a small world. Anyway, back to the tour: This walking tour takes you through the French Quarter and South of Broad neighborhoods to top sights such as the U.S. Customs House, the City Market, and the Old Exchange, all while your guide shares stories from Charleston history and lore. 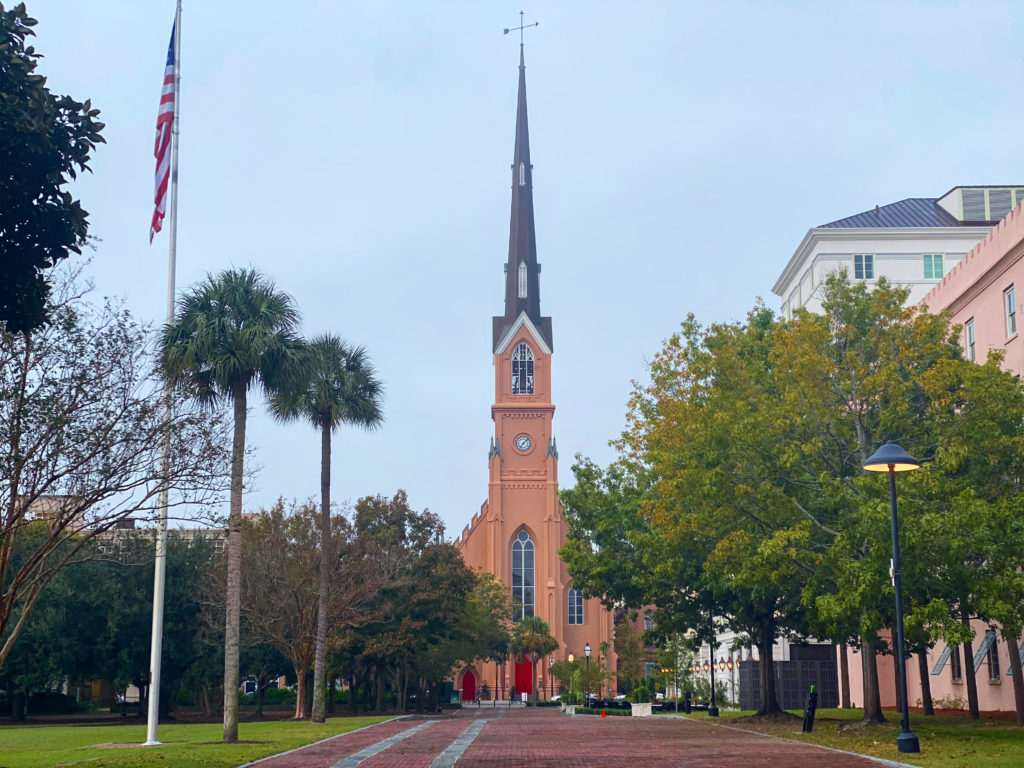 Rainbow Row | One of the most recognizable areas of Charleston is Rainbow Row. Rainbow Row is the name for a series of thirteen colorful historic houses – it’s iconic and definitely a must see! 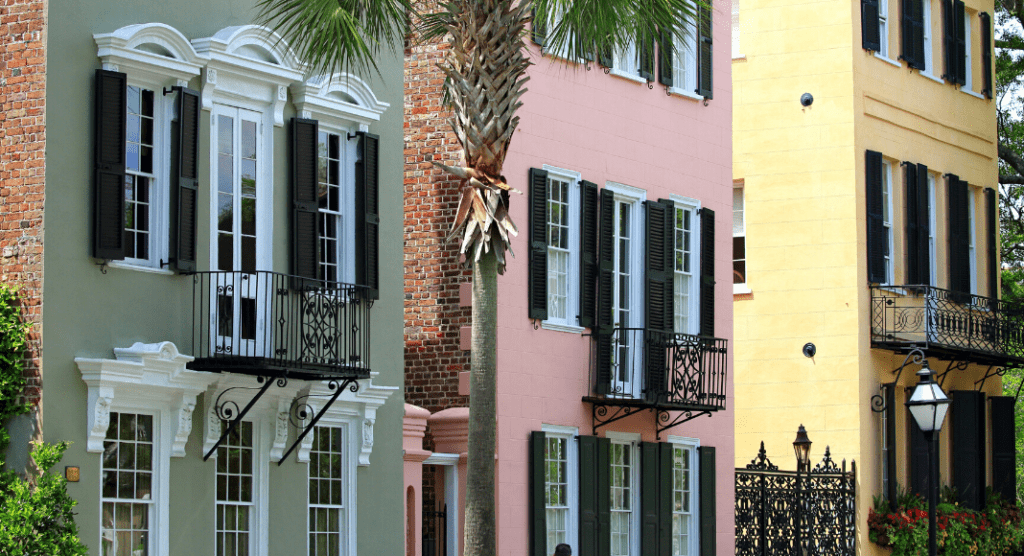 Battery Park | The Battery is a landmark defensive seawall and promenade. Named for a civil-war coastal defense artillery battery at the site, it stretches along the lower shores of the Charleston peninsula, bordered by the Ashley and Cooper Rivers, which meet here to form Charleston harbor. 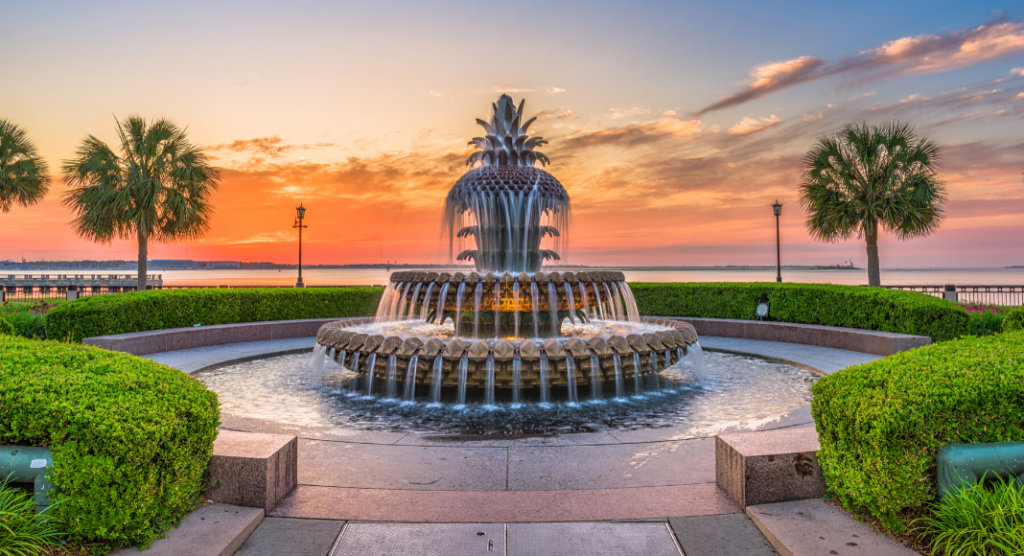 Waterfront Park | One of the peninsula’s most visited parks, Waterfront Park opened in 1990 and offers fantastic views of the Charleston Harbor. Gardens, fountains, walking paths and plenty of park benches are available. Beautiful views + home to the pineapple fountain (mentioned above). We also enjoyed some live music while we visited!

Other things that we did not get a chance to do – but have been recommended:

Old Slave Mart Museum | The Old Slave Mart Museum, located at 6 Chalmers St., recounts the story of Charleston’s role in this inter-state slave trade by focusing on the history of this particular building and site and the slave sales that occurred here.

The Charleston Museum | Founded in 1773, the Charleston Museum is said to be the country’s first museum, and with a focus on the South Carolina low country, it’s a perfect place to learn about the area. There’s a gallery devoted to natural history, a Civil War exhibition, an exhibit about Charleston silver and the interactive “Kidstory” area.

The South Carolina Aquarium and Children’s Museum of the Lowcountry are both great for kids as well!

Basic Kitchen | Basic Kitchen was SO good – one of my favorite meals! The cauliflower wings + bowl I had were amazing. Not to mention the beet margarita!

The Workshop | The Workshop is an ‘upscale’ food court; you can enjoy a rotating selection of food options from emerging and renowned chefs. There’s always something new to try at Workshop.

MESU | MESU is located on upper King Street in downtown Charleston. MESU offers a combination of Mexican and Sushi inspired fare with an energetic and artistic atmosphere. It was SO good that I wanted to go back the next night – but knew I needed to be adventurous. I had Mexican appetizers + sushi for my main course. My friends raved about the ‘Clothespin’ tacos.

Husk | Husk is centrally located in historic downtown Charleston, Husk transforms the essence of Southern food and reinterprets the bounty of the surrounding area. An ingredient-driven cuisine that begins in the rediscovery of heirloom products and redefines what it means to cook and eat in the South!

*Of these – Nacho Royale + MESU are a bit more casual, while the others are upscale/fine dining. For more ideas on where to dine – visit this post from our friends at Charleston Mom.

We chose to use VRBO to get a 3 bedroom home about 1/2 mile south of King Street. But there are plenty of hotels nearby as well – if you are planning to be in the heart of Charleston, then you will want to be within walking distance of King Street. We walked (A LOT) and it was nice to be ‘carless’. If you want to be off the beaten path, then you may want to check out one of the nearby islands or beaches… which leads me to: 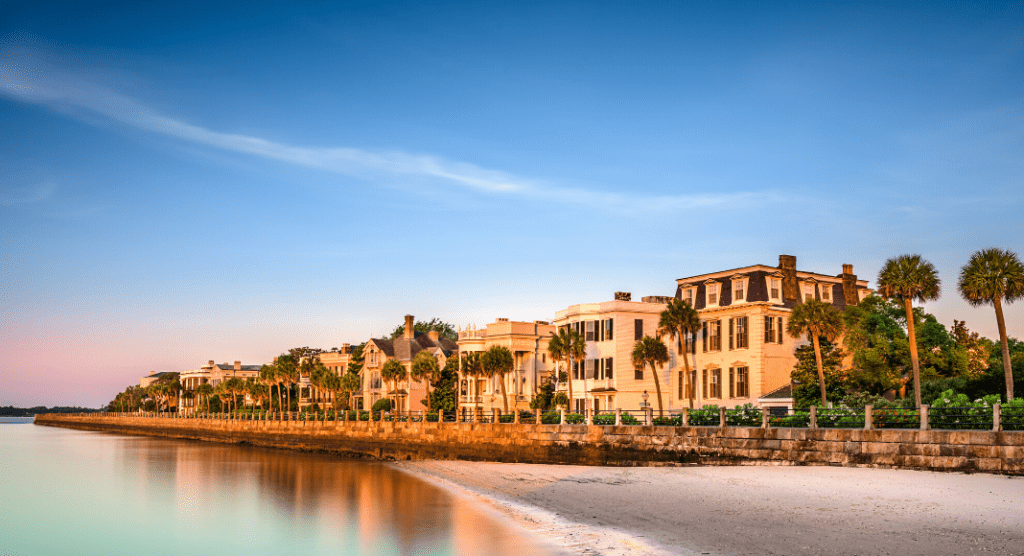 Isle of the Palms | Isle of Palms is home to beautiful beaches that stretch as far as the eye can see – and a mesmerizing inlet between it and its neighboring town of Sullivan’s Island.

Folly Beach | Spend the day at Folly Beach, a funky and carefree outpost nicknamed “The Edge of America.”

Seabrook Island | Tucked away and home to a lush maritime forest, serene marshes and pristine beaches, this island is your quiet getaway for the day.

It is no wonder that in recent years Charleston has been noted as one of the top tourist destinations in the entire United States. We can’t wait to go back! 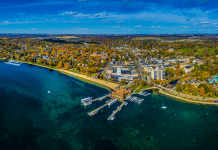 Visiting Lake Geneva, WI with Kids | What to See & Do 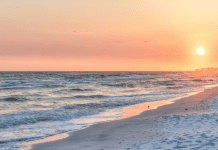 Visiting Destin, FL with Kids | What to See & Do + Places to Eat 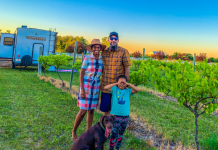 Campgrounds Are Fully Booked for the Summer – So We Tried Boondocking!