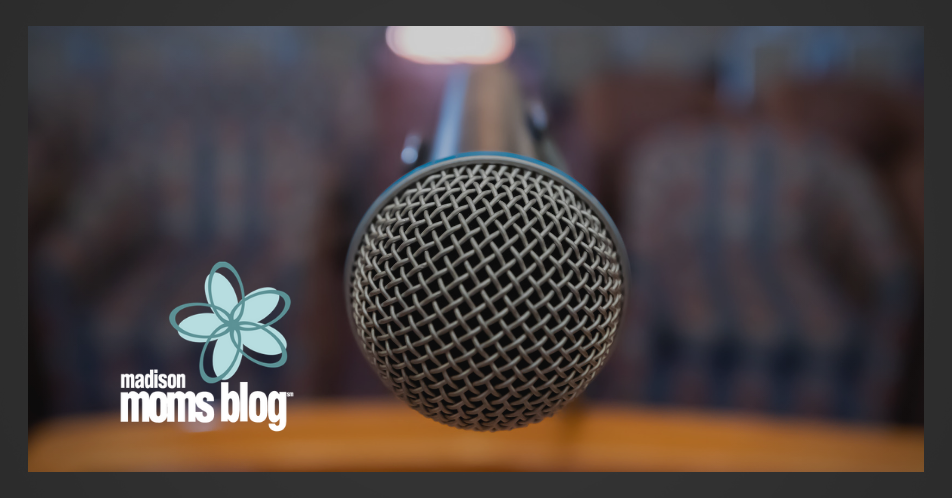 Now is the time for action. No more, “Maybe someday…” because someday never comes. We need to start taking positive steps to end the cycle of sexual violence that we find ourselves in. Simply talking about it won’t do. But what steps can we take to ensure this change happens?

I’ve heard some people say we need to go out and vote. Vote for people who are willing to stand up to the toxic masculinity that is at the heart of our problem. Well, that will help. But it won’t be enough. Lawmakers can only do so much. They can’t change the minds and behaviors of people in their everyday lives.

What we need is to have a more proactive approach. We need males, who unfortunately are the main perpetrators of sexual assaults, to take a stand and say, “Enough is enough! I am an ally, and I will no longer contribute in any way, shape, or form to this rape culture that we live in.”

So ladies, do me a favor

Find your husband, boyfriend, brothers, cousins, uncles, dad, sons, etc. and show them this article. Ask them to read it. You don’t need to read any further if you don’t want to. But please, make sure they do. Help make this a viral post, because we can’t afford to let this culture continue any longer.

How do we change this problem we’re faced with?? Because, let’s face it, WE (as in us, collective males) are responsible for the majority of assaults that happen in this world. We may not have ever assaulted someone ourselves, but I’m pretty sure we know someone who has (even if we don’t actually know who they are). How do I know? Well, in college I was the president of an organization called Men United Against Sexual Assault (MUASA). During this time, I learned that 1 in 3 women will be sexually assaulted during their lifetime. A quick Google check shows unfortunately, this statistic still holds true today.

Think about that for a minute… 1 in 3 women.

Every third woman you know may have been sexually assaulted!!! REALLY?? If this is true, how are you okay with this? Now you may be saying, “Come on, it can’t be that high.” Well, I have been a known ally in this space for some time now, and I can tell you from personal experience, that this statistic is unfortunately true. It saddens me to know how many of my loved ones have had to go through this horrific experience. 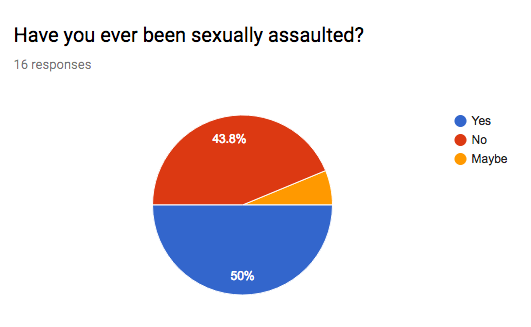 What’s worse, if that’s even possible, is that I asked the ladies of this Madison Moms Blog (MMB) about their experience with sexual assault. Now, not everyone responded, which is to be expected, but of the ones who did, roughly half the ladies reported that they have been sexually assaulted.

That’s crazy! It just goes to show that you know more people than you thought who have been affected by this awful experience. It’s so much easier to ignore something when you don’t feel like it affects you personally. But clearly, this is not the case. Let me reiterate this. Half of the ladies who write for the Madison Moms Blog who responded to my poll stated they have been assaulted at some time in their life. And some of them have been assaulted numerous times. 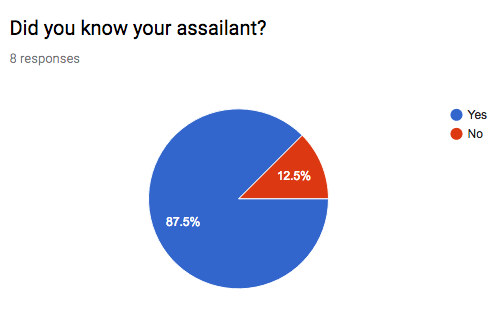 Julie, one of our MMB authors, in her latest article mentioned she knew all of her assailants. This is the case more often than not. Back in 1999, when I last followed the statistics of sexual assaults, 71% of the sexual assault survivors reported they knew their assailants. Unfortunately, some of the latest research shows this to be even higher now (80%). And my informal survey of the MMB authors was even higher, about 88% of our authors knew their assailant.

So the age old misconception that rape/assaults are caused by some sick, demented stranger just isn’t true. This also means we can’t just dismiss sexual assault so easily. Because if it was just random demented men who had this compulsion to commit these heinous crimes we could just say, “Well, this is awful, but at least it’s not something I need to worry about because I wouldn’t ever rape/assault someone and I don’t know anyone who is like that.” But the thing is, while we might not commit these crimes, we may be inadvertently contributing to the problem and not even be aware of it.

Stay with me, please…

Now, I can see a lot of eyes rolling. I can even hear a few of you calling me a snowflake and turning off your screens on your phones. But PLEASE, keep reading. Give me a few more minutes to explain why we may all be guilty of this problem.

Have you ever heard anyone say a sexist joke? Or make a comment about another woman that was inappropriate? I’m betting that we are all 🙋‍♂️. Did you say anything when this happened? If you’re like me, probably not. Why? Was it because you didn’t feel it was your place? Was it because you saw it as a harmless joke? Was it because you were too afraid to say something for fear of being made fun of? Whatever the reason, you were inadvertently contributing to the culture that says it’s okay to say/do things at the expense of a woman because it’s (a) funny, (b) harmless, (c) or just a joke.

But think about it this way. Would you be okay with the same thing if it was your mom, sister, or daughter who were the butt of the joke? Probably not. Why? Because it’s too personal?? So why should it matter who the person is? Don’t all women deserve the same respect you would give your own family?

See, words have consequences. And whether or not we like it or not, what we say and do matters. So when we say these things, it sends a message to others that it’s okay to say and do those things. Even if it’s in jest.

So what do we do about this?

Well, I know what I am going to do. I’ll tell you about that in a bit. But here’s what I would like you to do. BE AN ALLY. What do I mean by that? Well, be mindful of what you say and do. Speak and treat women with the equality they deserve. And if you see or hear someone acting in a way which is inappropriate, say something. I know it’s difficult, but trust me, you’re probably not the only one uncomfortable with the comment/action. If you stand up and say something, chances are other people will do the same. The first step to stopping sexual assaults is to change the culture that allows it to happen in the first place. And that can only happen if we make it so that people feel uncomfortable saying, or doing, the horrendous things in the first place.

As for me, I am starting a nonprofit in the Madison area that will be called Men United Against Sexual Assault. I’m not sure how I will accomplish this yet, but I know that someone needs to stand up and do something, and why not me? So keep your eyes on my future blog posts here, as I will likely revisit this topic in the future. And if you feel so inclined to help me in this journey, please reach out and let me know what you are willing to do. Any, and all help, is appreciated. 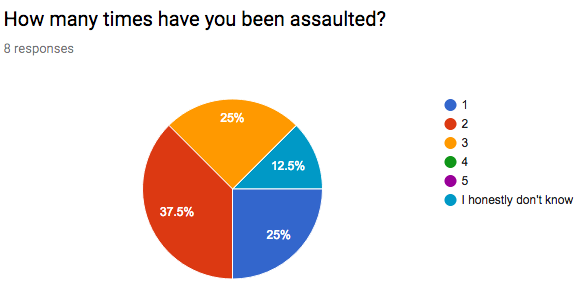 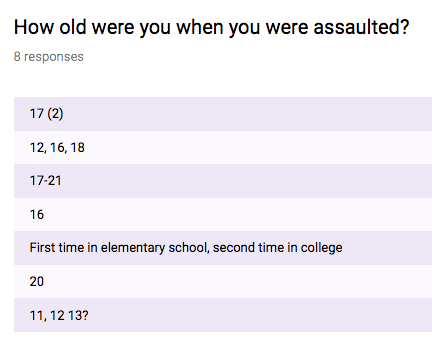 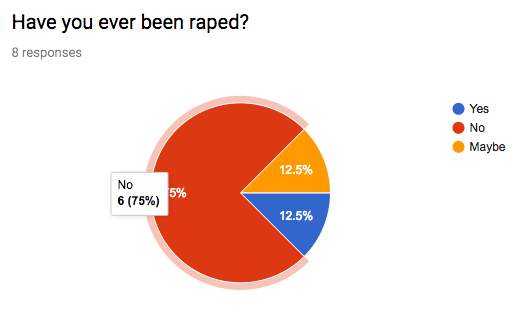 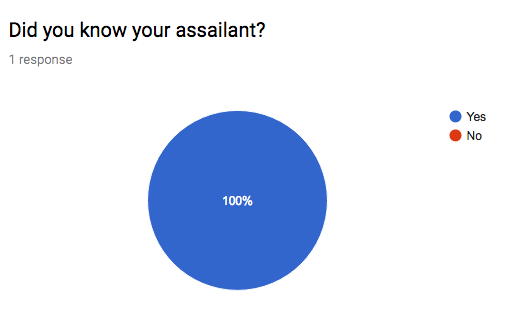 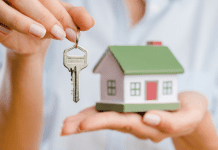