My legs are sticky with splattered juice and my patience is at an all-time low. I can feel myself starting to unravel and scramble to control the situation. I had repeatedly asked my seven-year-old daughter not to open the blueberry smoothie, I would open it once we were out of the store for my thirsty daughters. But, once again, she had not listened. I stared at the purple goop now covering my daughters and I, the pavement, my four-year old’s brand new shoes. I could feel the anger and frustration welling up and fiercely threatening to burst out in an epic Momtrum. Breath. Just breath. Nope, still seething. I turned to my tried and true “trick of fifteen” (I found it in a self-help book years ago) to defuse my frayed self. I thought back.. where was I fifteen minutes ago? Nope, still frustrated. Go farther back. Fifteen weeks, months, years. Years. Oh there it was right there… fifteen years (now more). My mind was flooded with the past as September 2001 rushed inside me and washed me in muted memories.

On September 11, 2001 I was in my early twenties, ripe with naivety and idealism, in what I thought was the most exciting time in my life. I had met and fallen in love with an amazing guy during the summer and was mere days from moving to be near him in New York City, a place I had dreamed of living since I was little. I was accepted into a schooling program and it felt like the world made sense to me for the first time.

And then it didn’t.

I was staying in the small, squeaky bed in my parent’s spare room, most of my belongings packed up and ready to take the journey in a rented U-Haul across the country. On the morning of September 11th I had slept in. My boyfriend would be arriving in a few days and I knew I needed to catch up on sleep for our long journey. I awoke to my sister banging on my door and handing me the grey cordless phone, her face looking strange and pale. I was attempting to wake up and wrap my head around things when I heard my mother’s frightened voice say, “someone just drove a plane into the World Trade Center”. I can’t recall my exact words but I hung up with her quickly, fumbling to find my flip phone and attempted to call my boyfriend. He worked World Trade Center, a place I had visited with him only weeks before.

No ringing, no busy signal just a weird beeping. That’s when I lost it. Completely. Fear and panic overtook me in the worst way. I racked my brain to believe he was okay but all my reasoning told me he had been at work. I shook and wept as my sister and I watched the towers fall on television, our hearts broken. It was likely only a half hour before my parent’s phone rang and I heard his voice on the other end, calming me, telling me he was all right. He had been leaving for work that morning but had been delayed by a phone call and had never made it into the office. It was relief, love, and so much gratitude I felt in that moment. A feeling I am sure many others felt as they discovered their loved ones were safe. A feeling that so many weren’t able to feel…

The world around us had changed. Fear and sadness hung in the air like a fog clinging to each moment making it hard to breath, hard to smile. Commercial planes were grounded with no word on when they would fly again. So I did what any twenty-something and in-love human being would do…I packed everything I could fit in two suitcases and jumped on a 22-hour Amtrak across the country. I can still remember the tears in my mother’s eyes as she watched me board the train in Chicago. She wanted me to stay more than anything but she didn’t say a word. She knew there would be no talking me out of it. A long and sleepless trip later I was in NYC.

I remember a few days after my arrival we were on a small boat headed to volunteer with the Red Cross. We approached Ground Zero to see the sky was gray and black, smoke and steam filled the air still, a week after the attack. Tourist cruise boats that fill the Hudson had been turned into make-shift places for the workers at Ground Zero. We were instructed to not ask them any questions about what they were seeing, we were there to support them by making and serving food, cleaning, and anything else that needed done like taking bedding to the top deck of the boat where workers could grab an hour or two of sleep. But they wanted to talk, if just to feel human while they were on the boat, before they returned to what I can imagine was the hardest job they would ever do. They looked worn and raw. but they told us about their lives and where they had come from. I found myself beyond moved by these incredible people. They had traveled from all over the country. Fireman, officers, construction workers and more. They left their families and their lives to come and help. Not for money, not to save lives (that time had sadly past), not for glory, fame or credit (there was no Facebook or Instagram then), but to help, just to help in the face of unspeakable tragedy, just to help. The most selfless acts I have ever witnessed.

In the weeks and months that followed I would grow as a person and make the city my home. A city that will always have a place in my heart.

And here I stand years later… married to that love I could have lost with two amazing children I could have never had. Living life. Something that so many that day were robbed the chance of doing. So many.

Back in the present I glance again down at the sticky mess, I smile and a pained laugh escapes my lips. I send my daughter to get napkins, we clean up the best we can and head to the car. I buckle them in and kiss their sweaty heads.

The truth is we may not always remember in the sticky, frustrating moments of life. Remember what was taken and lost that day, remember those who sacrificed for others, remember to be thankful for all we have. But we will never forget. We will keep moving forward in our sticky moments, and for those moments I am forever grateful. 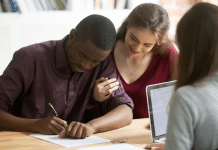 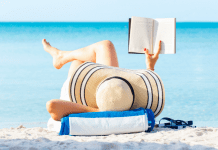 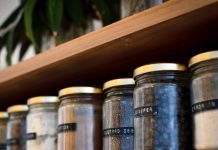 If You Give a Mom a Spice Rack

Madison Mom - May 11, 2021
You’ve probably heard it by now – mortgage rates are at historic lows, and there’s never been a better time to refinance your loan...

Summer Festivals Happening In + Around Madison, WI in 2021

Food Carts to Check Out this Summer | In + Around...