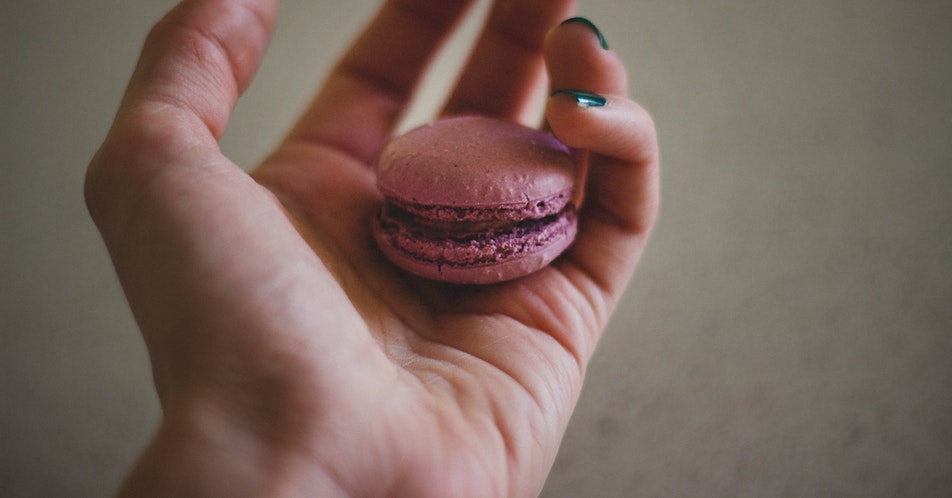 “Mamma, eat cookie,” exclaimed my two-year-old son one evening as we relaxed in the living room watching television. And while it sounded more like, “Mamma, ee cootah,” I knew what my toddler meant as he handed me one of his prized Oreo cookies. He was sharing with me, all on his own. This unprompted gesture caused my heart to swell with love and pride. I mean come on, proud mom moment here! But as I thanked him, ate my delicious cookie and told him what a big kid he was for sharing with mommy, I realized this wasn’t just a milestone moment for him, it was one for me as well.

For a decade and a half prior to becoming pregnant, the act of eating a cookie or anything not on my “safe” foods list caused me extreme anxiety and self loathing. I’ve struggled with weight issues since I eight years old when I became the big kid in class. My weight continued to increase through middle and high school, but when I hit my early twenties, I decided to take action. What started out as a journey into a healthier lifestyle turned into a journey through the world of eating disorders. I went to the opposite end of the spectrum and developed anorexia. I thought I finally had control over my eating and weight, but they really had control over me. Math was always my worst subject, but I could add up calories in my head faster than any mathematician. I counted every calorie and restricted all foods I deemed bad. At my lowest, I was living (more like surviving) on grapefruit and chicken broth.

Before deciding to have kids, the thought of keeping cookies, graham crackers, peanut butter and other kid-approved foods in the house was unsettling. I had watched moms lovingly accept snacks from their smiling sticky-faced children, and I knew I couldn’t be one of them. After about a decade had passed however, my tight control seemed to relax a bit, and I became less restrictive. My diet was still lacking in nutrition, and I still restricted unsafe foods, but I was better. I attribute that to the experiences, knowledge and confidence I gained in college. They helped me examine myself in depth to find out who I was and who I wanted to be. I wanted to have a family. I wanted to be a mom.

I stopped dieting for the first time in 15 years the day I found out I was pregnant, and I vowed to never diet again. I now had someone else to think about besides myself. Someone else was going to be affected by what I chose to do to my body. I was going to have influence over another person, and I knew I needed to be a good example of what it means to be healthy. In that moment of decision, I became a mom.

I’m not cured by any means. I will always struggle with negative thoughts and distorted views of my body and self. There will always be a little voice inside of me that tries to pull me back into that world, but I have found a bigger voice to listen to. A voice that speaks the truth of who I am as an individual, mother and wife. A voice that has seen me grow from a girl focused solely on herself to a woman who now chooses to focus on her family. The choice to confront my weakness and challenge myself to let go of the piece that had dominated my life for more than a decade was not an easy one, but it was the only one.