Over 23 years ago I made a decision that I did not know would impact me as long as it did. I unexpectedly got pregnant with our first child when I was barely out of school. I was a brand new teacher in a new town with my newish husband at his new job. This job of his was incredibly demanding, including weeks of travel at a time. I faced the possibility of starting a brand new career while caring for an infant, often by myself with no family nearby. Not to mention, childcare would have cost most of my paycheck.

It was not a difficult decision. We could afford for me to stay home and I knew at the time I’d be better off mentally if I only focused on one thing rather than two.

As my husband’s jobs have changed, as we’ve added children to our family, and as the years have gone by, I have occasionally revisited the possibility of going back to work full time. But I had fallen into a life that I loved. One that was not always easy but absolutely right for me.

And then, over a year ago I came to the realization that my youngest child was getting older. She was starting first grade and all of my ducks were mostly in a row. Two of my oldest kids were already out of the house, a third was on his way. My life really wasn’t going to be the same forever. What was next? 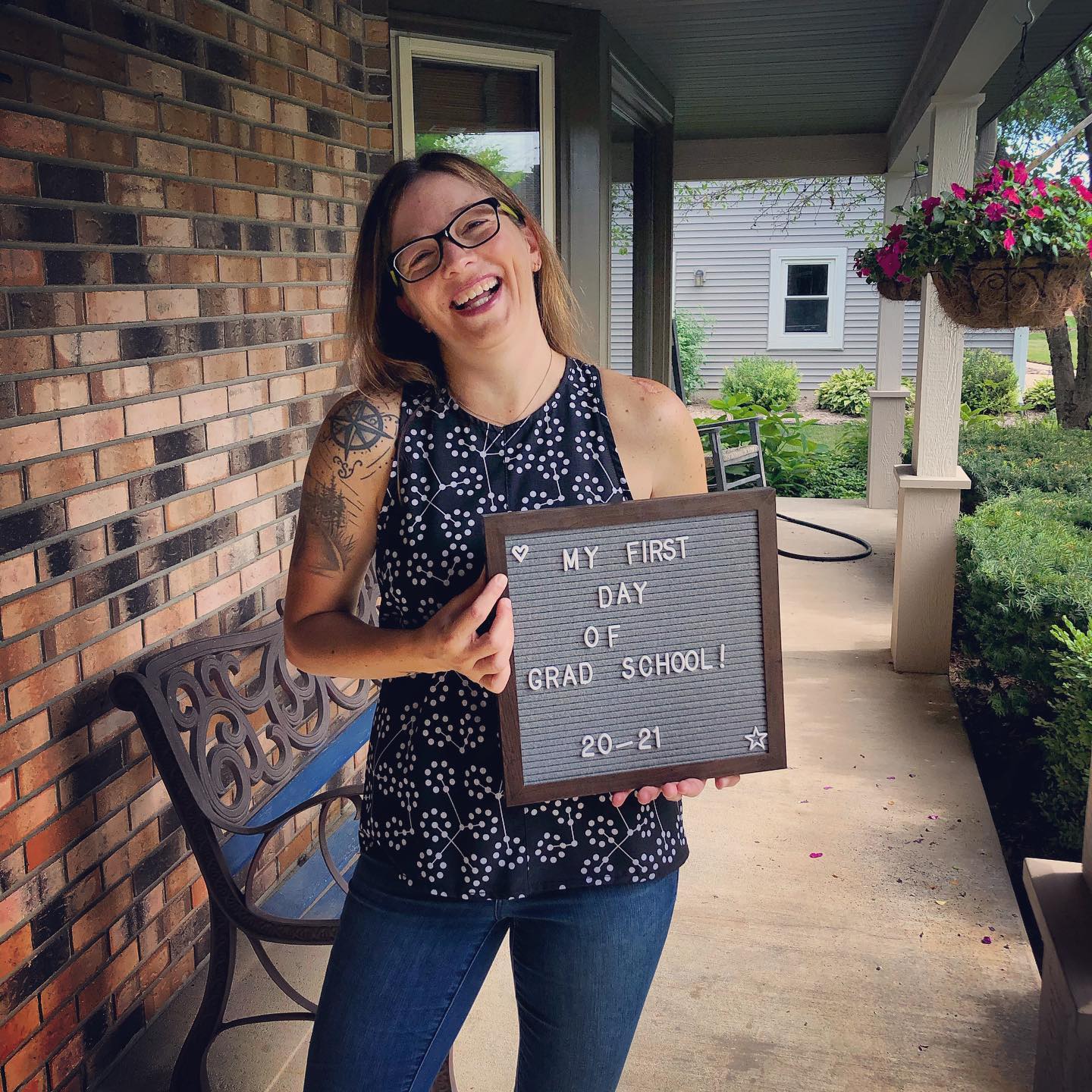 Listening to that quiet voice that has been with me my entire life brought me to graduate school. I had been going in this direction for years, but it didn’t really sharpen into focus until very recently. I do not regret starting at age 47 because I believe I needed to have other life experiences to bring me to this point. But, being a “non-traditional” student is no joke. The adjustment for me and the family has been rough.

Last time I was in school I didn’t own a cell phone or a computer. My schoolwork consisted of getting a paper syllabus on the first day of class, buying my books at the actual book store, writing a few papers at the computer lab (keeping them saved on a floppy disk), and taking tests on scantron or Blue Book (or both).

If you do not understand this last paragraph, please try to acknowledge my dismay at the way things are now. Also, I know I sound old, and, I don’t care. I have experiences and gifts that are many but technology is not one of them (beyond Facebook, Instagram and Google).

Getting my brain used to reading textbooks again is an adjustment. Leaving VoiceThreads, Padlet, and journal entries on other platforms has brought me to tears more than the pandemic has. But it’s been about a month now, and it is starting to click. Also, I have amazing classmates (that are my son’s age-ugh) who have helped me when I get stuck.

While I am adjusting to student life, my family is adjusting to me being elsewhere. Because of the pandemic I’m still in the house, but I’m not nearly as accessible as I once was. As my 17 year old remarked recently, “Mom, you’re so boring now, all you do is homework.”

All of the years I have told my kids how important it is to do your best, to work on things even if they’re hard, well, they’re getting a front row seat watching me practicing what I’ve preached. Turns out school is WAY harder than I remember. Then again, maybe it wouldn’t be so hard if my family didn’t expect me to keep their lives the same AND do my schoolwork. 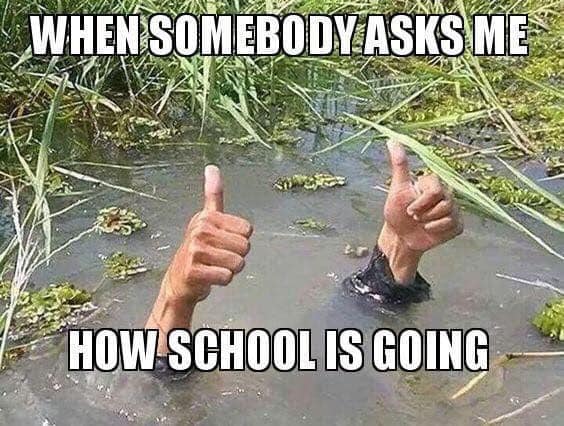 They’ve been in for a rude awakening.

As the realization of these changes have settled, the questions have begun. Who will make dinner? Who will watch little sister? Why is Dad so bad at X, Y and Z (because he doesn’t have 23 years of experience on the job as I do)? How much, really, am I planning to work once I graduate? I have become increasingly aware of how much I made life easier for them, despite my efforts in raising independent humans. I think they are getting a glimpse of life in the future as I begin a new career (even as they move on themselves) and none of them are happy.

I do not know what I will be doing in two years, I only need to focus on my first set of midterms. I do know that they will be just fine because I’m still here, just in a different way. It is all an adjustment for me and them. But I am hopeful that I’m setting an example for them as they set on their own paths. Someday, when my kids get in their mid-forties I hope they remember when Mom made a drastic change in her own life and how much her soul really needed that change. I hope that it inspires them to do the hard things, take the risks and set new goals if they feel a pull to do so. Being part of a family means supporting each other, even when it means sacrifices and adjustments.

Life is full of changes.