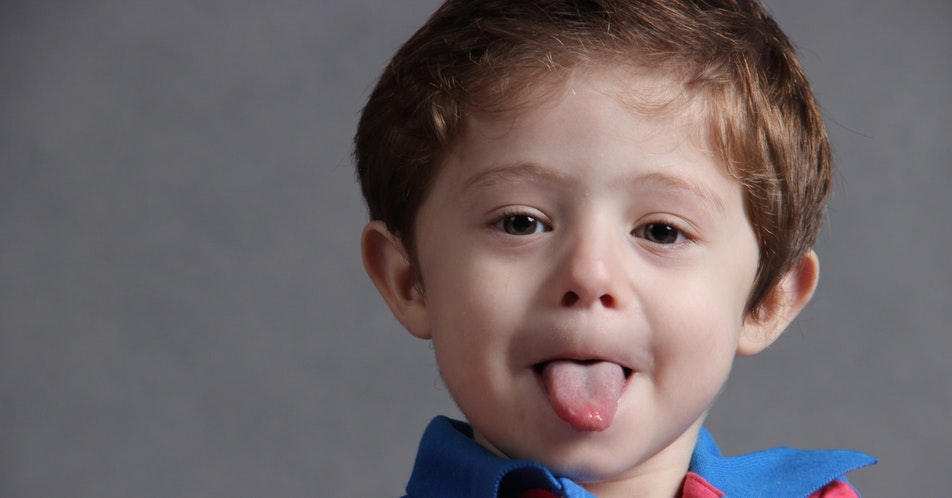 Well, it finally happened. Today for the first time I faced an episode at the grocery store with my two-year-old son that I couldn’t diffuse. He didn’t throw a temper tantrum or have a meltdown of some kind that could be fixed with a cookie bribe. My sweet and amazing boy just felt the need to start screaming as loudly as possible and then laugh at me each time I asked him, pleaded with him, threatened him and demanded him to stop. I’m talking ear-piercing, glass-shattering, migraine-inducing screams. I also tried ignoring him, but even putting the chocolate milk back in the refrigerator didn’t end his big show. Of course I had my on-the-go backpack stocked with toys, sippy cup and snacks, but nothing worked. I was losing this battle, and I knew it.

I guess I’m lucky it took us this long to have one of these momentous moments that we’ll look back on and laugh at (maybe in 20 years), but I didn’t feel very lucky as people stared, whispered, shook their heads and rolled their eyes. I wanted to explain that this wasn’t my typical child. He’s an amazing and well-behaved kid 95 percent of the time. They just caught us during a rare five percent moment. I don’t blame my son. He’s two. Enough said.

I heard a lady in the check out lane next to us comment to her bagger that the kid could stop at any time. Hello! I can hear you, and you’re not helping the situation. I mean don’t you think I feel bad enough already? I’m all alone with a cart full of groceries, trying to pay the poor man at the register, all while handling a toddler who thinks he’s being hilarious. Don’t you think I would have given anything for him to have stopped? Or anything to have disappeared? It was hard enough thinking to myself that I was a terrible mother at that moment, but to see it and hear it from complete strangers all while I’m just trying to do my best was humiliating.

Today I was “that” mom who had “that” kid. But that doesn’t make it okay for others to be “that” person. You know, the one who makes others feel worse about their situation because they’re inconvenienced for a couple minutes. The one who judges without knowing who a person is or what is happening in their lives. The one who would rather hurt than help. Today I could have used a sympathetic smile, a knowing look, or someone to say she’s also been there, because likely she has.

This experience rocked me more than it probably should have. I just couldn’t let it go. The lonely and isolated feeling stayed with me the entire day. I’m usually not one to care what other people think of me, but this incident made me aware that I do care what other people think of my parenting and my son. I fear raising a spoiled and entitled child. I know my son is far from this, but in moments like these, it’s what other people see. But does one glimpse into my day define my whole motherhood life? Absolutely not! I know who he is, and I know who I am. This was simply a reality check from the parenting gods to prevent me from being spoiled by my son. I need that every once in awhile. However, the next time I see someone else with “that” kid, I will do what I can to make sure I’m not “that” person. Be kind to each other!