As a mom laying in between her two children as they sleep, which is kind of a dream because we all know getting a 2 year old and 2 month old to nap at the same time is no easy feat, I can’t help but be thankful for the opportunity and gift it is to be a mom.  I also can’t help but start to think of my upbringing and how thankful I am for my parents and for the gift it was to be adopted.  I know a lot of you want to adopt, in the process of adopting or planning to and maybe my story can give you a tiny bit of insight from how I felt as a kid being adopted to now being an adult and mother.

As an adult I am a proud adopted Korean raised into a Dutch family.  As a child I would say I wanted to more or less be like everyone else.  I didn’t want to be different.  If I only could give my little self a pep talk I wish I could have.  Now I thrive on being different and how special that can be.  I was adopted at 6 months and was raised in a small town 45 minutes northeast of Madison.  Because I grew up in this small town everyone, for the most part, accepted me because I was there from the beginning.  My closest friend and I were in the same class from kindergarten to high school.  In a strange sense I even forgot I was different or that I was of a different race.  There weren’t many other minorities in the area that were adopted, much less someone who wasn’t Dutch/Caucasian.  Other than my brothers, who also were adopted (one also Korean the other Caucasian) I can only think of one other person.  My advice to parents who adopt a child of a different race, if there are not people of the same race in the area that you live, bring them to a city where there are.  It will allow your kids to they realize it’s a diverse world out there.  They may feel relief or a connection they never realized they were lacking.  It also can provide them with a sense of community outside of their family.  I didn’t necessarily feel I was lacking that connection, but I do know others in my similar upbringing that did.

In high school I was hanging with a friend and he mentioned my brothers but called them step-brothers.  My teenager self started feeling a little awkward and defensive.  In my family my parents and my brothers might as well be blood.  No step anything around here.  And here’s the thing, this dude was super nice, he just didn’t know better.  Parents of kids who have adopted friends, let your kids know that families come together in many different ways and being adopted for myself and everyone else I know who is adopted would not consider their siblings to be ‘step’ and their relationship to their siblings are as tight as any other family.  We love and fight just like the rest of them.

I can’t write this post without saying my parents are amazing.  In a way I feel like they blazed a path going on the route of adoption from their family, friends and their community.  This was before Bragelina and so many other celebrities started adopting like it’s a trend, a wonderful trend mind you.  From the very beginning they were very open about us being adopted.  There’s a lot of children’s books out there, but I remember plainly the book my parents read to me explaining my adoption.  My parents also celebrated the day I was adopted like it was another birthday. They called it “My Special Day.”  My adult self thinks how amazing that my parents did that for us!  Two birthdays in one year!  There were even gifts involved!  My child self again was embarrassed and didn’t even want to share when that day was to my friends.  Parents of adopted kids, if you are experiencing this with your kids, don’t fret.  They will come around.  It’s kind of like when you are in high school and all the girls like the jocks and don’t realize until college the nerds are the guys you should be crushing over.  If you are disappointed they aren’t more excited about adoption or how important adoption means to you, they will.  They are kids and they will hopefully grow up.

I know that the process of adoption can be trying, but for all you parents who are doing it I think you are amazing.  I know it can be an emotional roller coaster and it takes very special people to be willing to open your hearts to take that journey of adoption.  And maybe your kids are embarrassed or not grateful for the amazing life you are giving them, have hope that when they grow up they will be excited about who they are and their family…I know I am. 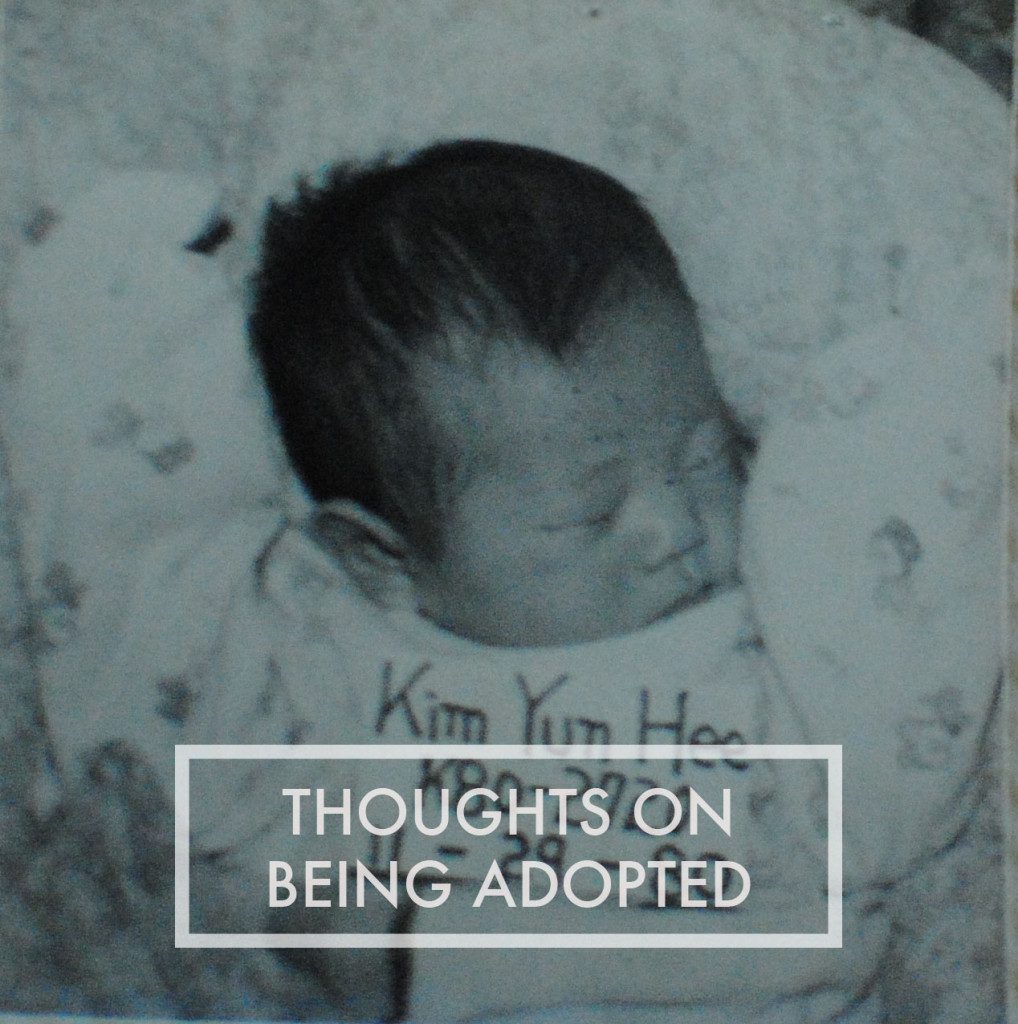