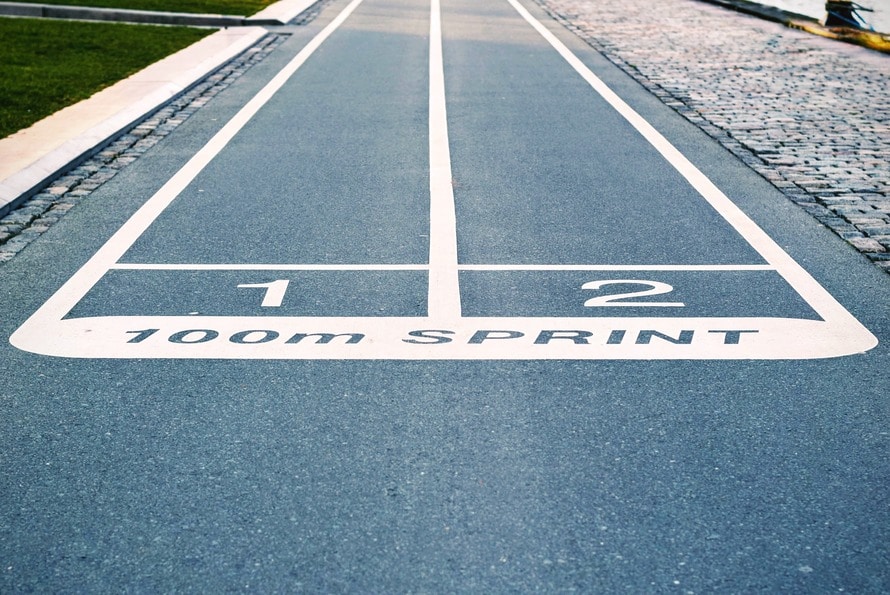 The Summer Games are once again upon us. Soon thousands of svelte sportspeople from all over the world will gather in Rio to collectively measure their biceps in one big giant flex. They’ll use those muscles and push their limits in a bid for glory and a heavy gold necklace. They’ll wave pretty flags of unknown origin while all of us sitting at home daydream about their exotic, culture-filled homeland because vexillology isn’t our strong suit. And while all of this is quite exciting and fun to watch (gymnastics, anyone?), what’s with generous timeline? Give me four years and endless hours and I too might get to the finish line first. Perhaps in ancient times it took that long for everyone to get to the Greek but this is the twenty-first century. What I want to watch is the fierce warrior who comes face to face with her opponents every day. I want a battle of wills so intense, you could cut it with a pair of those blunt yellow children’s scissors. I want the mother of all competitors.

(Where did you think I was going with this?)

Every day she goes up against one, two, sometimes five or more brave challengers. She navigates countless obstacles, activities, events, and sometimes power outages. And she does it all with a smile. A smile underneath glazed eyes, an unidentified sticky substance, and the sweat, but still, it’s there. Motherhood is the stage on which she proves her mettle and for what? There are no shiny medals to be had. Win or lose, there is no gold necklace waiting at the finish. (Is there even an end to this day?!) If she’s lucky, there’s a glass of wine, a shower, and a hot meal, in that exact order. She does it for the glory alone.

Over the years she’s scaled the highest mountains (of laundry), crossed the widest rivers (of tears) and pitted herself against the most insurmountable odds (princess fever) all in the name of defending her young cubs. And though she’s found herself on the starting block to many an important contest, I want to share with you a few of her favorites:

The Target Run is an activity in which individuals equipped with awkward red trolleys navigate a large, passionately designed maze. The object of the activity being to secure a fixed number of items and these items only proves difficult for even the most skilled competitor. No gold has ever been awarded in this sport. It is said that very few have ever come close to accomplishing such a colossal feat.

The Modern Pentathlon requires challengers to combine expert foresight with keen dexterity in the avoidance of the five major bodily fluids. Past winners have made headlines employing unconventional methods in areas such as deftness with wipes, mastery of the NoseFrida Snotsucker®, avoidance of the sympathetic vomit, and remaining awake and upright while performing an emergency tracheotomy with a drinking straw.

The 20KM Sleepwalk is an event that proves downright dangerous when executed properly. Participants are afforded optimal training time during the first six months of new additions. After the initial preparation period, participants are simply expected to make do. Operating on little-to-no sleep requires a steady concentration, as day-to-day activities may not cease for any reason. It’s a talent demonstrated by many but mastered by few.

The Distraction Decathlon is a speed sport that takes place in crowded eating arenas everywhere. Competitors distract young diners with ten different diversions including the coloring placemat, attempts at conversation, a snack, the iPad, the waiter, the Frozen toy, the Gameboy, the hostess, the iPhone, and finally oneself. The play clock runs until the last opponent standing throws in the towel, packs up the untouched food to go, and heads home to eat a frozen pizza. Spectators enthusiastically await this event and line up early to get the best seats.

Though largely reserved for men, the Pummel Horse is an inventive acrobatic act developed centuries ago by soldiers preparing to enter battle. The present day version still involves taking constant hits and coming back for more. Sometimes because of the legal implications. Always for love.

Motherhood is not without its wins; but to be sure, no one’s keeping score. If parenting were a sport, I’m betting the podium would be crowded with caring, selfless, admirable mother after mother. She’s a true winner, never taking her eyes off the prize in her quest for unattainable gold. And contest or no contest, each one will always be top of the podium in my book.

*And by mothers, I mean parents– caregivers, moms, dads — anyone who gives and gives of themselves to their children and takes nothing but love in return.