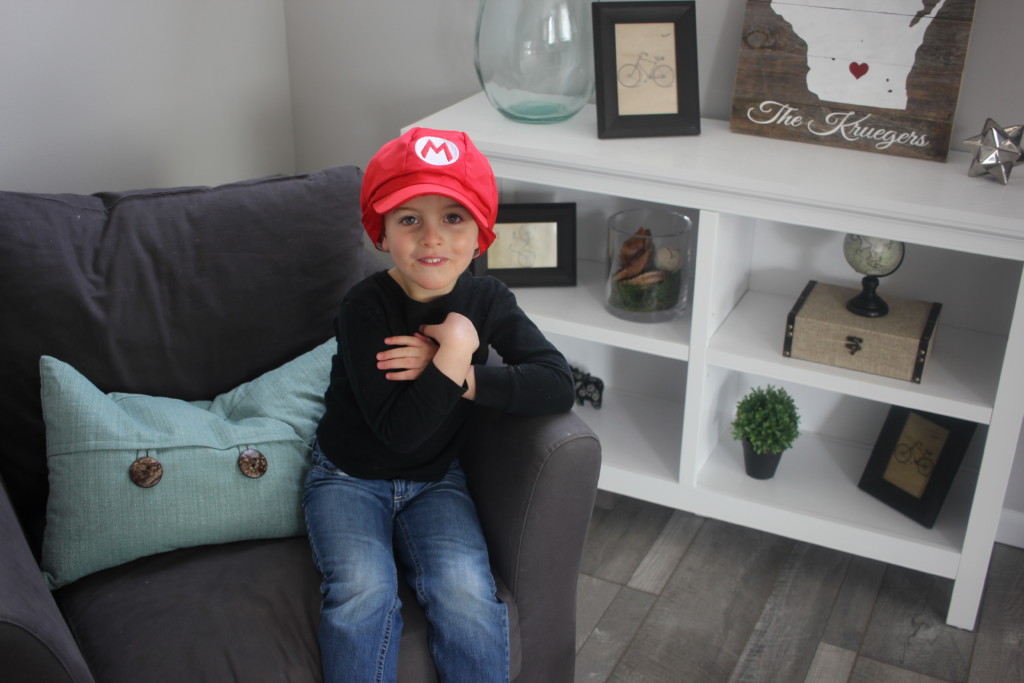 There’s one part of every kid birthday party I hate: the food part.

It’s always pizza and cake, and usually my son doesn’t care that he can’t have any. He eats his meal before the party, and I bring his dairy-free, wheat-free, egg-free, peanut-free cupcake in a little Tupperware.

But during the last party we went to, when the pizza came out and all the kids dove in, my son lowered his head, and I heard his little voice say: “I wish I could have some food.”

And my heart broke in half.

Mason is 5 years old and off-the-charts allergic to wheat, dairy, eggs, peanuts, and tree nuts. He’s had the allergies since birth, and they were diagnosed through blood testing, so he’s never actually touched any of those foods. Which means no ice cream, no peanut butter and jelly, no pizza, no mac and cheese, no milk and cookies, no pretty much any common kids’ food you can think of—ever.

He’s my eldest, so I’ve never experienced motherhood without food allergies. Which is probably for the best.

I can only imagine how nice it must be to be able to go places without a bag full of food, because you know you can always “find something.” To show up at a birthday party with nothing but your kid and your gift (and to not stay up late the night before, whipping up another batch of those dang allergy-friendly cupcakes). To send your kid to a friend’s house for a playdate without first explaining to the mom that he probably can’t eat anything in the cupboard—but like no seriously, he could die.

To send your kid to school without Epi-pens and Benadryl and an inhaler and a carefully documented, pediatrician and school nurse approved Allergy Plan, hoping to God that the teachers remember and then diligently monitor his allergies (on top of the 4 million other things they have to remember and do) and that some innocent kid doesn’t randomly offer your kid a cookie or a piece of bread.

People say that food allergies are so common these days. Everyone who hears about Mason’s allergies has a friend or a coworker or a cousin who’s dealing with them, and every teacher I talk to is “very comfortable” dealing with them.

But still, somehow, I don’t know anyone with kids dealing with multiple food allergies. There’s no one else in our family who’s had them, going as extended as you like. And every time I tell someone new about Mason’s situation, I get the same blank, confused expression—like, you’re telling me that perfectly healthy looking kid has never had a glass of milk in his life?

It’s hard for people to understand food allergies, or to take them seriously, because how could something as harmless as a glass of milk—literally every human’s first form of sustenance—be anyone’s kryptonite? How could a kid who doesn’t look sick at all be capable of violent, potentially deadly reactions to such an innocuous thing as food?

It sounds so ridiculous that it’s almost hard for me to wrap my head around it sometimes. After 5 years of extreme vigilance and only a handful of (relatively minor) blips and subsequent reactions, even we are getting a little blasé. I almost let Mason try some fries at a restaurant recently, having no idea what was in them or how they were made, because, gosh, they’re just fried potatoes and maybe it’ll be ok??

But then I hear the stories. About a teenager who died of an anaphylactic reaction to something unexpectedly cooked in peanut oil. About a boy who died after eating at a restaurant on vacation, even though the parents had done their due diligence in discussing the meal with the chef in detail. About a toddler who died after eating something she’d eaten a million times before, thanks to an undisclosed ingredient change in a packaged food, leaving a shattered mother to beat herself up forever for her tiny mistake.

It’s hard because, as horrible and inconvenient and frustrating as food allergies are, they are not cancer. They are not a heart or brain disease. They are not countless other afflictions that might be considered “worse.”

And yet, food allergies come with the same constant, looming fear: the possibility of death. It just happens to be wrapped up in a relatively-healthy-looking package, so that people have a hard time comprehending the severity of the situation or accepting that the threat is actually there. (Which, of course, compounds the danger even more.)

For many food allergy moms, the anxiety is crippling. I’ve read about moms who homeschool because of their kids’ allergies, and who are on anxiety meds themselves just to deal with all the fear. They don’t get babysitters, they don’t go on vacations, they don’t separate from their kids in any way—because who knows what could happen, and God forbid that thing happens when Mom and Dad aren’t there.

One of the hardest parts about the whole thing is that we don’t know what could happen with any particular exposure. Maybe nothing—but maybe everything.

In our case, my son was diagnosed when he was 6 months old and still exclusively breastfeeding, so we have never purposefully fed him any of his allergens. As a baby, he would only nurse for 5 minutes at a time, and then promptly vomit most of it up. I would literally cup both of my hands under his mouth with the burp cloth, after every feeding, and wait.

My doctor smiled and assured me that “babies spit up,” and encouraged me to keep feeding “on demand.” She even managed to explain away my poor baby’s head-to-toe eczema and unrelenting cradle cap, prescribing tub after tub of Aquafor and assuring us that it would pass.

I was a brand new mom and didn’t know any different—I assumed this must be normal.

It wasn’t until we started introducing solid foods and Mason got some hives around his mouth after trying bananas—BANANAS—that our doctor suggested food allergy testing. On a scale of 0 to 100, with <5 being normal reactivity levels, Mason’s tests came back “>100”—literally unreadably high—for a dozen different foods.

I wasn’t devastated, only because I was too busy being relieved to have answers. Finally, I knew why this motherhood experience hadn’t so far been anything like the blissful, breezy experiences my friends seemed to be having. Finally, I could stop feeling like a crazy, paranoid first-time mom.

Finally, I knew how to take care of my own child.

Determined to keep breastfeeding, thinking that my poor allergy baby needed all of the “liquid gold” nutritional help he could get, I dropped those dozen foods overnight. For almost 6 months, until just shy of Mason’s first birthday, I lived on plain roasted turkey, gluten-free granola, a few select fruits…and not a lot else. I forgot food even tasted good—I just had to eat things, a few times a day, that wouldn’t make my baby sick.

It wasn’t hard. Really, none of the things I’ve had to do as an allergy mom have been, relatively speaking. I’m not scheduling surgeries for my son—I’m just swapping out peanut butter for sunflower butter, wheat bread for gluten-free brown rice bread, cow’s milk for coconut milk.

When it’s for your kid, and you know their health and life depend on it, you don’t really think about it—you just do it. After 5 years, I’m pretty used to dealing with food allergies, to the point where the day-to-day work (substituting ingredients, making two different dinners every day) is mostly automated, and it doesn’t take up that much space in my brain anymore.

But still: being a food allergy mom is lonely.

It’s lonely being the only mom you know who has to bring cupcakes to parties and have extra meetings with teachers and nurses. Who drives 2 hours twice a year to take her son to a special allergist. Who can’t do “normal” things like swing through a drive-through for the kids’ dinner or take the kids out for ice cream or leave the house without a carefully scripted food plan.

I’m the only mom I know whose son constantly asks, “am I allergic to this?” Whose grocery bill is double what it would otherwise be, due to all the special everything-free alternatives in the cart.

It’s hard watching other moms navigate motherhood without the added stress of food allergies. (Because yes, of course I’m jealous—and of something most moms don’t even recognize as a blessing.) It’s hard swallowing all sorts of emotions when people say things like, “I’m so glad I don’t have to deal with that!”

It’s hard being different, in our society, in general. So on top of the fear of accidental exposure, there’s the fear of bullying and exclusion.

Oh, and then there’s the mom guilt. I’ve spent the past 5 years analyzing my pregnancy with Mason, and coming up empty handed. What did I do wrong? I took my prenatals, I ate relatively healthfully, I exercised, I avoided tuna and deli meat and alcohol and soft cheese.

Still, every time someone asks, “what do you think caused it?” I’m plunged right back into the guilt zone.

To date, we have no idea what causes food allergies. Some people have their beliefs—“it’s all the chemicals in our food” or “it’s that antibiotic hand soap” or “people are just too clean these days”—but my family eats real foods, we use all-natural products, and sure, I like a tidy house, but I’m definitely no clean freak. So why us? Why our son?

Our second son is allergy-free, lucky guy, and I haven’t spent a single second looking back on my pregnancy with him. And now that I’m pregnant with our third, I can only pray that she’ll come out allergy-free as well, for her sake.

But if she does end up with food allergies, at least Mason won’t be so alone.

Because really, most days, it’s it the loneliness that’s the hardest part. 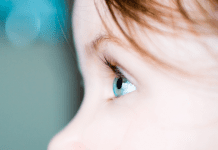 Reading Comprehension Struggles: Could Your Child Have the Same Problem Rosie Did? 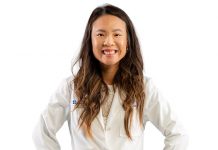 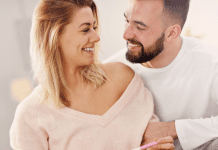 Pregnant in a Pandemic | How Things have Changed + What to Expect