I have had a change of heart when it comes to sleepovers. This can happen when you have been parenting for almost nineteen years and you have many more to go.

When our oldest boys were in elementary school we had lots and lots of sleepovers. There was a time in which we had very close family friends with kids the same age. We vacationed with them and spent many weekends together.  I treated these kids like my own and vice versa. And so, having extra kids over for a night or my kids at their house was most often easy and fun. Everyone was happy.

But as the kids got older and our circle of friends expanded, sleepovers became a bit different. My boys got invitations from friends we didn’t know as well. Every slumber party ended with me picking up my child the next day absolutely useless. I began to wonder why we were doing this to ourselves in the name of a good time.

Because it wasn’t so easy and fun anymore.

The final realization came when our oldest started high school. We began to talk with parents who have been on the high school scene for a while. We realized that many of them had the policy of NO sleepovers once they were in high school.

It is a mantra I have now adopted: Nothing good happens after midnight.

High schoolers have tendency to, on occasion, not tell their parents what they are up to (yes it’s true, even the “good kids”). There are too many factors in which you may think your kid is sleeping over at one kid’s house, but that kid told his parents that he’s sleeping somewhere else, and so on. Or, your kid stays at someone’s house in which you trust the parents only to realize that they don’t care if there is alcohol or they are not even home as you had been led to believe (yes, it happens). Do you remember what high school was like? I do. It’s not worth it to have my kid in situations in which he may have a hard time making the right decision. Because they are teenagers and nothing good ever happens after midnight.

As far as elementary and middle school aged kids go, things don’t always go as smoothly as you would like either. As I said earlier, my kids have never come home from a slumber party fresh and ready for the day. On the contrary, they come home so ornery, so sleep-deprived that I have decided that for the most part, it is no longer worth it.

I am not alone here, I hear stories from other parents: The kids eat so much crap that one kid gets a stomach ache and wakes up the hosts to tell them he is going to puke at 2 am (my kid). They try to stay up all night and play pranks on the poor individual who couldn’t stay up any longer. Kids say and do things they wouldn’t normally say while over-tired and over-sugared with no adults around to intervene.

Are there positive, wonderful aspects to the sleepover? Yes, when the conditions are right. I spoke to several of my friends about this and many of them enjoy them and are okay with one on one sleepovers with close friends (we are too on occasion).

For me, I’ve decided it is no longer worth having a miserable child when you have church or a soccer tournament the next day (and when do we not have something going on the next day?). When my middle school kid is invited to a slumber party, he can stay until 10 pm and then I’m coming to pick him up (along with a few other parents-I’m not the only one).

In parenting, there are times in which we have to do what is right instead of what is popular. My kid may complain about missing all of the fun but I am certain that he is secretly glad that he can blame me for being the mean parent while getting a decent nights’ sleep. If you disagree, if you love the fun of slumber parties, please understand this is not a judgement from me. You are a braver person than I. We are all just figuring this out as we go, doing what we think is best for our kids and for now, this is what is best for mine.

And, if I were to be completely honest, this is really all about me. I don’t have the patience or endurance to put up with a useless child in the interest of his “fun” the night before. If anyone should be miserable the morning after, it should be me on my terms. I reserve that for my own late night shenanigans thank you very much. Because I am an adult and I have earned it. 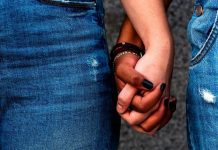 From a White Mom to a Black Mom 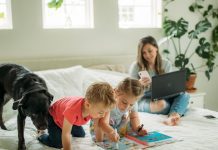 Working From Home With Kids: If I Can Do It, So Can You!

Madison Mom - July 30, 2020
(Madison, WI): The new natural playground at CamRock County Park is now complete! A paved surface path will be added in the next month...

Meet Kendra Scott | The Mom and Wisconsin Native Behind the...

Public Beaches | In + Around Madison, WI