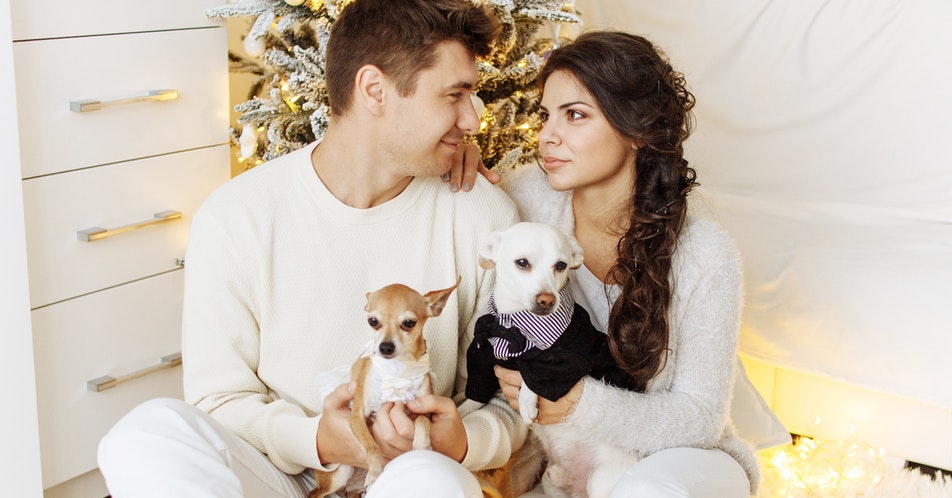 A few months ago, I stumbled upon a blog post written by a woman who was criticized for calling her dog her child. She was told it was offensive to refer to a dog with a human term. As an animal lover and long-time pet owner, I say ouch!

I have quite a few friends who, either by choice or circumstances outside of their control, are solely dog or cat moms and dads. Does the fact that the littles ones who depend on them for basic needs and love have four legs diminish their role as a loving caregiver? I don’t believe it does. I have seen the love and devotion my friends give to their pets and it’s incredibly powerful.

Personally I have been on both sides of this coin. My husband and I had two Labradors, Ace and Lucky, and one cat, Alonso, for years before we had my son Noah. While I can say that there are some obvious and major differences between raising a human and an animal, I can also attest to the fact that during my pre-kid life, those animals were very much indeed my children. And although Noah comes in at number one now, they still are. Ace is almost 15 years old, and I still refer to him as my first born.

Here is a list of similarities that make pet parenting just as fulfilling and important for those who live it.

We buy our kids awesome toys, but they’re more interested in the box. My husband and I have spent countless holidays and birthdays searching for the perfect presents for everyone only to have them discard the toy and move straight to the box or wrapping paper. This is especially true for my cat. Alonso has no interest in chasing the super high-tech mouse from the fancy pet store. He would rather sit in the box that held the Christmas gifts in the first place. When will we learn?

We dress them up in super cute outfits and costumes. Halloween, birthdays, Christmas, you name it, are all great reasons to play dress up. And while Noah eagerly puts on his construction and firefighter outfits, the dogs and cat need a little more persuasion to don the apparel. Everyone responds well to the treat bribe.

We clean up their poop! Getting used to diaper changes was easy for us because we had been picking up after at least one dog for more than 10 years before Noah was born. Let me tell you, picking up after two giant dogs and a cat multiple times a day is no joke. My nose was fairly immune. Bring it, dirty diapers!

We take care of them when they’re sick. When I was nine months pregnant with Noah, Lucky was diagnosed with trigeminal nerve neuritis. Out of no where, he lost the ability to control his jaw. His mouth hung open, and he was unable to close it. I was terrified we were going to lose our sweet boy. We took Lucky to the veterinarian who prescribed steroids and suggested we feed him soft dog food rolled into meatballs. So for the next couple months, I opened cans of smelly dog food at each mealtime and rolled the mush into small balls, putting them as far back into his mouth as possible so he could swallow them. So not glamorous, but it was the only way he could eat. Luckily he made a full recovery, and I’ll gladly break out my meatball skills again if needed in the future. If that’s not love, I don’t know what is.

We love them unconditionally. My pets can’t use words to tell me they love me or draw me pictures to hang on the fridge, but they are always there when I need a cuddle or a long walk. My husband and I brought them into our lives to love and take care of them with no conditions or expectations, just as we brought Noah into this world knowing we would love him forever even before we met him.

To all moms and dads out there, keep loving your babies whether they are human, furry, scaly, feathery or whatever. After all, isn’t the world a better place when we care for all living creatures?

“We can judge the heart of a man by his treatment of animals.” — Immanuel Kant