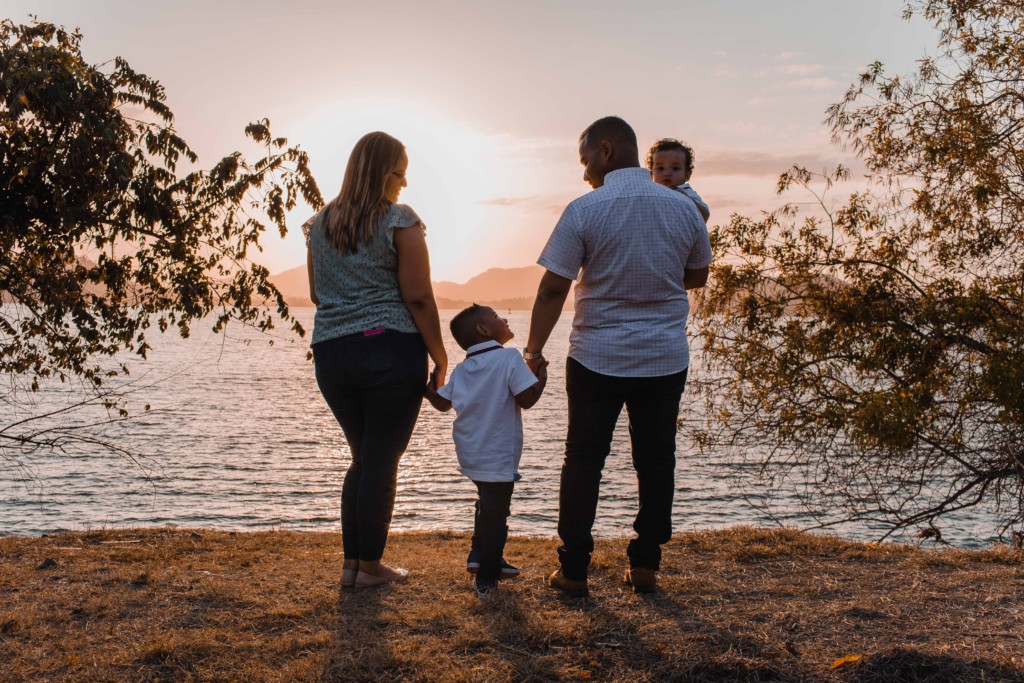 [dropcap]I[/dropcap]’ll admit, I was slightly freaked out about adding a second kid to our family. I’d been warned by friends and even by strangers (thank you random dude at yoga with horror stories about his second baby) about how hard it can be having two kiddos, especially a newborn and a toddler.

But now that it’s happened, I’ve been pleasantly surprised; it’s been a much easier transition than I expected. It’s not a total piece of cake (and of course, experiences will vary!) but it’s been–dare I say it–pretty fun having a new baby in our family.

So, if you’re thinking about growing your family, here are some reasons why having a second kiddo might not be as hard as you think.

Becoming a mother for the first time was the biggest identity shift in my entire life. And it wasn’t easy. When my first baby was born three years ago, my mom identity was like a parasite, it took over my entire being and I remember wondering if I’d ever feel like myself again. Going from none to one was earth shattering.

It took awhile, but I did start to find and build in the other parts of myself–wife, friend, sister, daughter, writer, teacher, creative person, friend, etc. I was now “mom,” but I was still Amelia. I was still all those other parts of myself. But they had been scattered and I had to work really hard to put everything back in its slightly new place.

But once that work was done, it was done. As we added another kiddo to our family, I was already comfy in my role of mom-wife-sister-daughter-writer-teacher-creative person-friend-etc.

You know your stuff.

Brand new parents are like interns: learning on the job, but not quite good enough to deserve a paycheck. If parenting were a paid gig (sigh), by the time baby number two shows up, you’d be rolling in the dough. Swaddling, feeding, bathing, trimming those tiny nails . . . you’ve done it all and you’re a pro. You’ve kept another tiny human alive for at least a year or two. That earns you quite a promotion. At first you might feel a bit rusty, but you will be surprised at how quickly it all comes back. All the stuff you worked so hard to learn with number one you can now put to practice with number two.

With baby number two, the experience and knowledge that I’d worked so hard for with baby number one equated to a huge increase in my confidence level.

I felt very unsure with my first baby. I doubted myself constantly and was terrified by the mysteries of a newborn (What was that sound? Is he supposed to be breathing like that? Is this poop normal?). As I fretted, I sacrificed a lot of self care. I didn’t shower because I was worried baby would wake up and cry. I was so determined to overcome breastfeeding challenges, I pumped around the clock, not sleeping and destroying myself in the process.

But from the very first moment holding my second baby, I felt like “I got this.” No two babies are alike, but parenting this time has been much more intuitive. As an experienced mama, I felt more immediately in sync with my baby’s cues. I knew–without overthinking it–what my baby needed. I’d been there, done that and I knew I could do it again.

I also feel more in tune with myself and my own needs this time around and I am taking better care of myself. It’s always important to prioritize self-care, and even more so with baby number two. It’s one thing to be a stressed-out mess with just a new baby around, but when my burn-out affects two kids, one of them a toddler, I draw the line. My husband and I have made some different choices this time (no more pumping around the clock, for instance) that have increased our family’s well-being. I’ve taken more showers in my second baby’s first two months of life than I probably did in my first one’s entire two years. (Okay, that’s a slight exaggeration, but point is, I am taking better care of myself this time around. And it feels good.)

Your newborn is soooo easy (compared to your toddler, that is).

I won’t say she’s actually “easy,” but my newborn–especially compared to my toddler–is so straightforward. She eats, sleeps, and makes dirty diapers. She stays in one place when I put her down. She doesn’t beg incessantly for another episode of “Daniel Tiger” or demand a series of obscure items for breakfast. She doesn’t throw tantrums when we need to leave the park. Infants have their challenges, but they seem like small beans compared to the complexities of toddlers and older kids.

You get to really enjoy baby euphoria.

Armed with confidence and experience, I’m so much less stressed with this kid that I am actually able to really soak in the sweetness of my new baby. The snuggles! The funny little grunts! The sleepy smiles! The smell of her little head! Ah . . . I am trying to enjoy every moment. It’s been really, really fun so far.

And while it’s not always easy–there are rough moments, too–having a second baby is not nearly as hard as I expected.

What were your experiences with adding a second child to your family? Was it as hard as YOU expected? Share your stories in the comments below!