The moment that I first saw her will forever be etched in my memory. The girl that was meant to be my daughter. 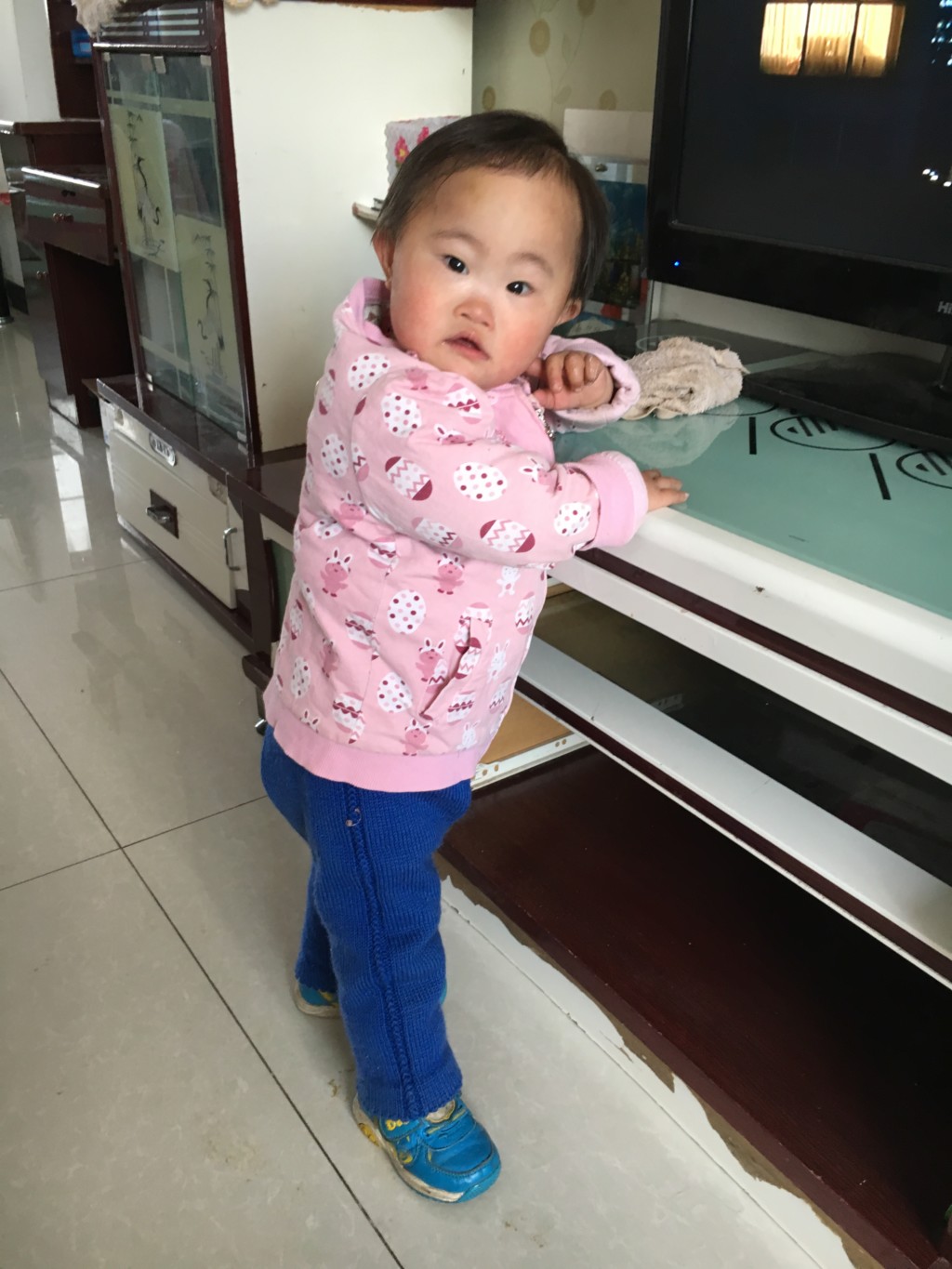 I tried to say no. So did her Dad. For weeks we told ourselves we were not one of those people.

Twenty years ago when I was pregnant with our first son, I told people I didn’t care if it was a boy or a girl as long as the baby was healthy. Yes, I said it. I wanted a healthy “normal” baby. If I’m completely honest, the child also had to be adorable. Basically, I wanted a child that would fulfill my unrealistic expectations for what it meant to be a happy family. Because you can only be a happy family if your child is typical.

We had three more boys, each with the hope that they too would be born healthy. And they were. Life was good and we had all that we wanted (or so we thought). And then one day out of the blue (probably over a glass of wine), I casually mentioned to my husband, “We could do one more.”

His response, “Ummm… No. No we couldn’t. Why rock the boat?”

And he was right. We weren’t one of those people so why should we pretend to be? Why not be content with what we had? Who goes out on a limb to adopt a child that may or may not have medical or cognitive needs? Who goes looking for a child knowing that he or she may not be perfect?

And yet, as it happens when you say something that sounds crazy at first, the topic kept coming up. Finally, we decided to see just how much we could rock the boat. We took that leap into the unknown and brought home our son from China two years ago. It has not always been easy, but it has been THE best boat rocking for our family. 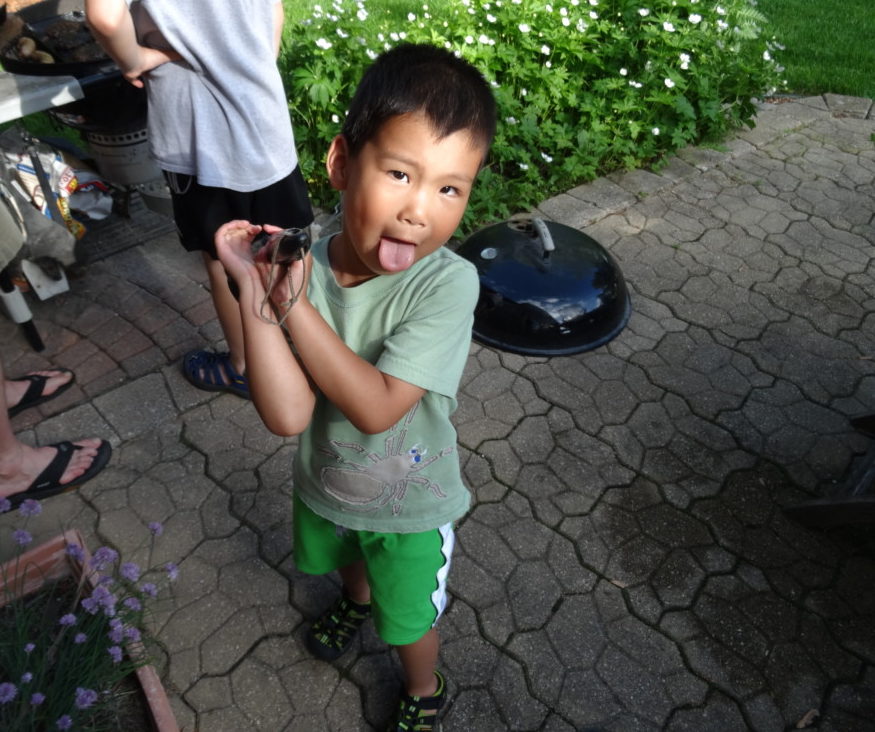 Just when we were settling into our new normal, I saw a video of a little girl on Facebook that immediately caught my attention. Without warning I heard a voice in my head that said, “This girl belongs with you.”

Nope, nu-uh, no way, NO how. She’s cute and all but we have five boys (what would we do with a girl?). We do not have the time, the money, the space, the patience and oh, by the way, she has Down syndrome.

We are NOT one of those people.

And yet, I couldn’t get her out of my mind. Every time I told myself I had better things to think about, I would think back to that moment I first saw her. I watched that video again and again and worked up the courage to tell my husband.

He responded the exact same way as I had. Nope. We are DONE! And, aren’t we getting a little old for this?

A month later we went ahead and started the adoption process. We were terrified of moving forward but we were even more afraid of what would happen if we said no. No one would blame us for walking away and yet, we would blame us if we did. What really mattered to us, deep in our hearts and souls is the realization that we could not live without her.

And so, this June my fourteen and seventeen year old boys and I met our new sister and daughter at an orphanage in an Autonomous Region of China. She was placed in my arms and as we looked in each others eyes I realized that it didn’t matter her diagnosis or her limitations. I knew instantly that I would always love her for who she was and not for what anyone else expected her to be. At that moment I was also filled with the realization that WE COULD HAVE MISSED THIS! The thought of us missing out on this girl was almost too much to bear. 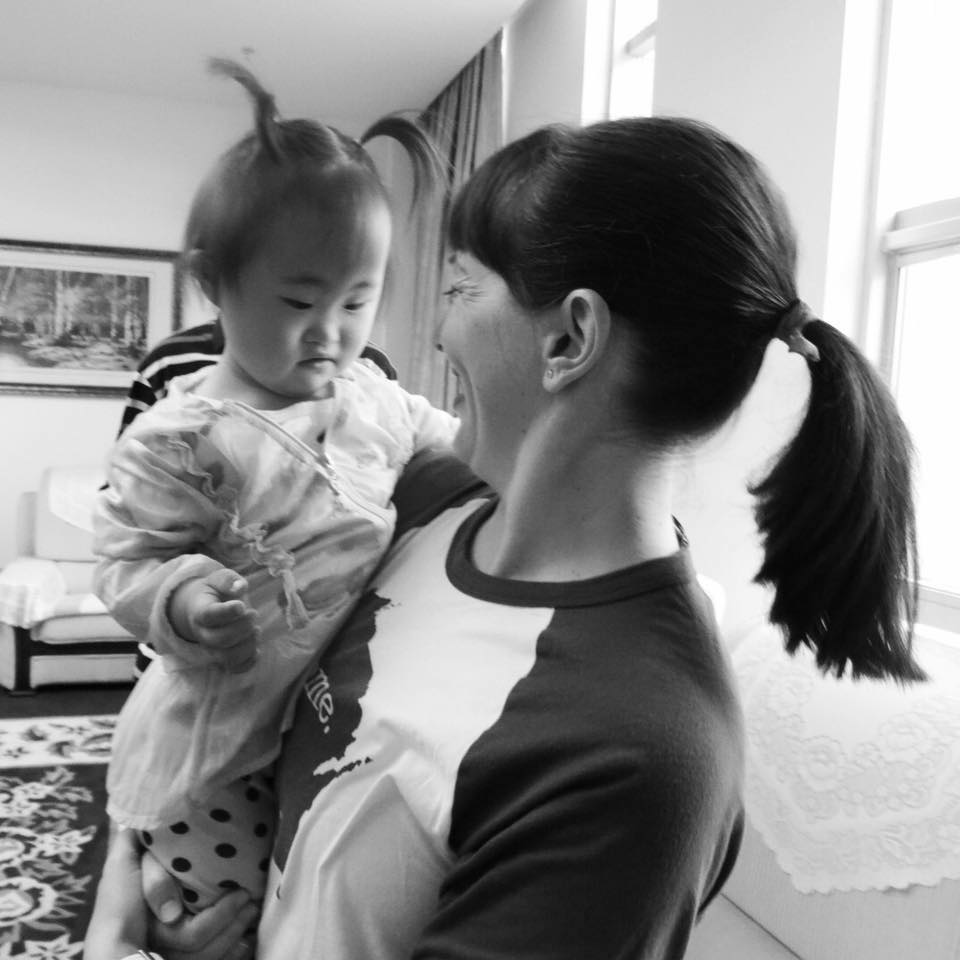 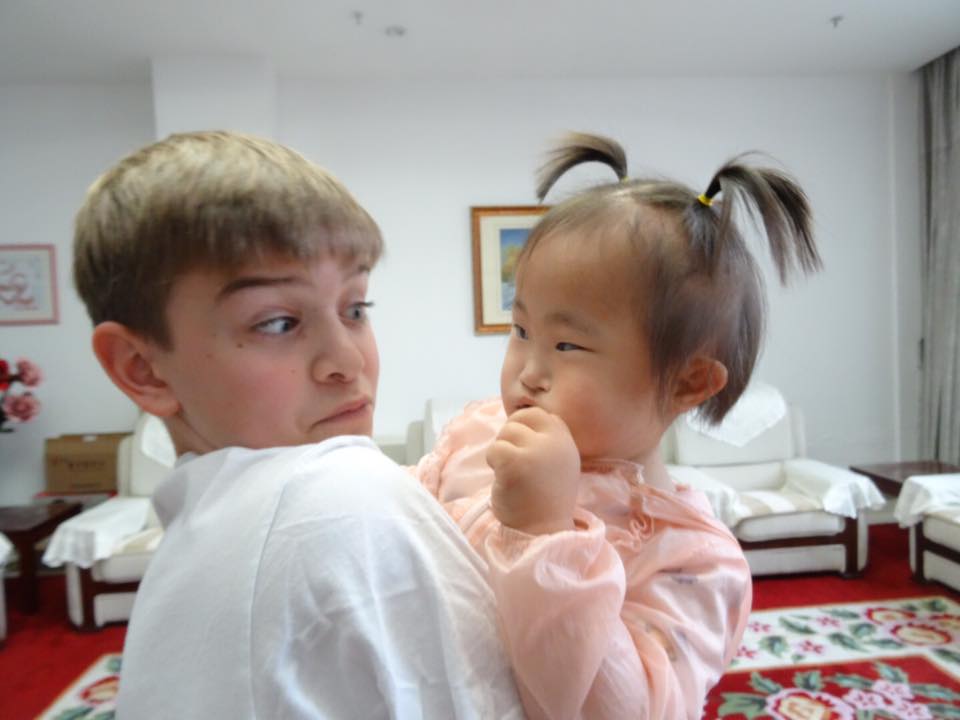 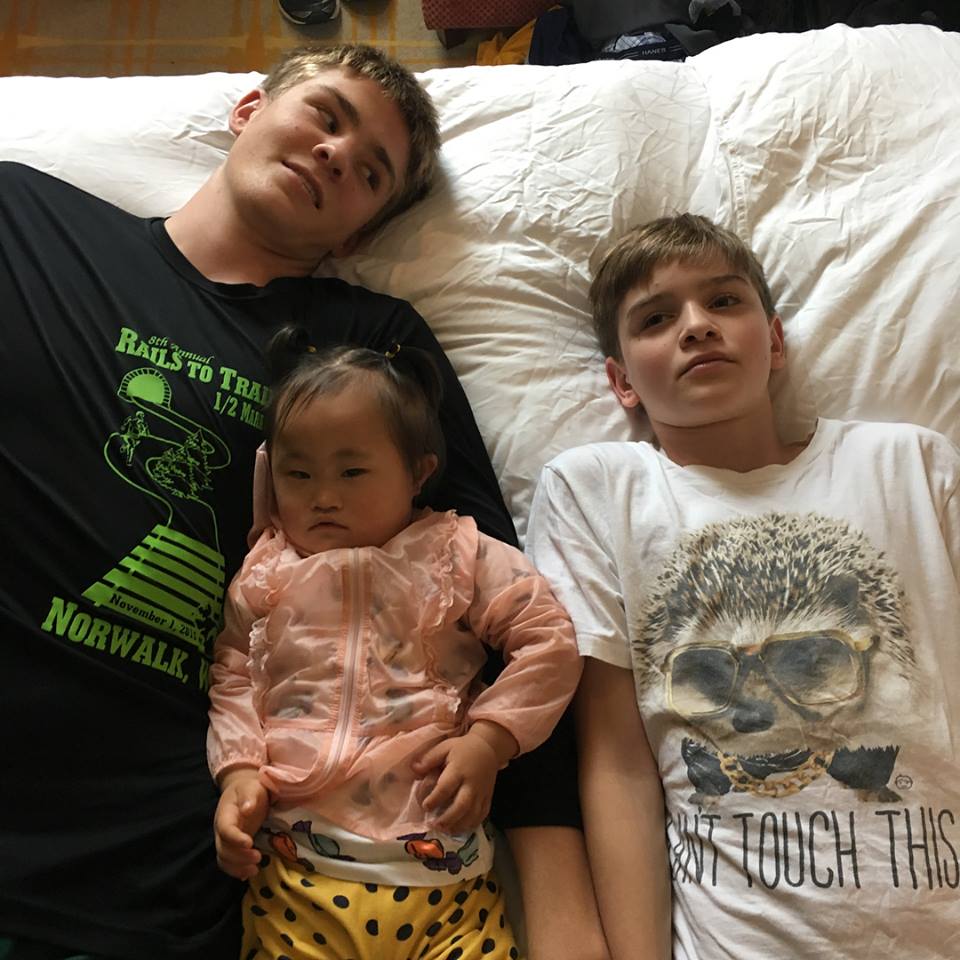 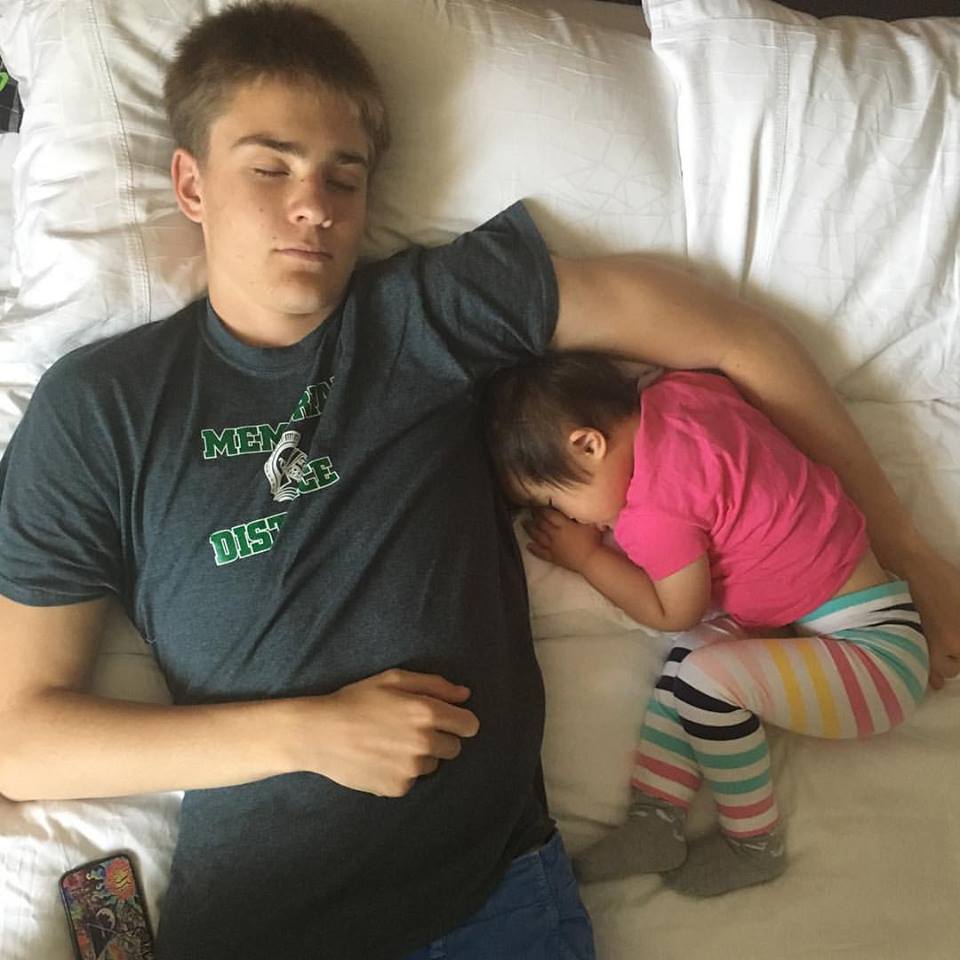 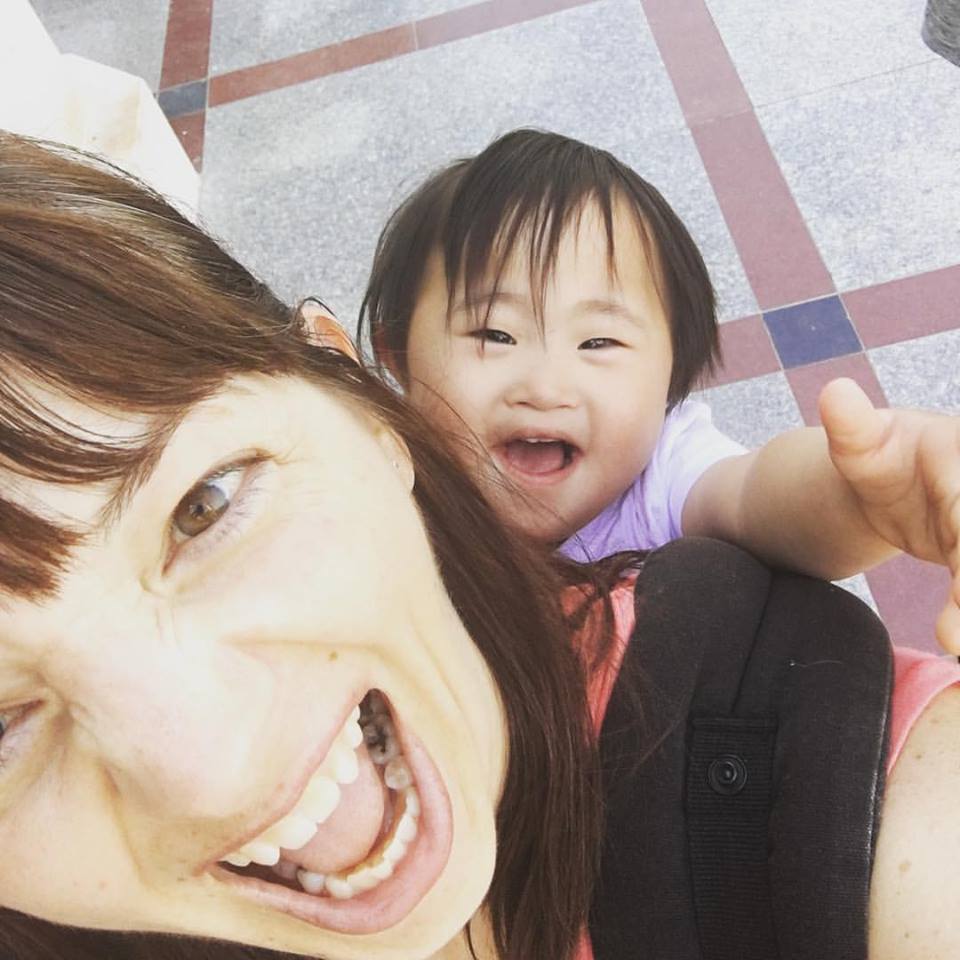 About a week later while still in China, I was in the hotel elevator with her. A man stepped on and glanced our way. She was giggling over the elevator ride (as she did every.single.time we got on) and asked in broken English if I was an American there to adopt her. I told him that I was. He turned toward us, placed his hand gently on her head and said, “She is a gift from God.” With tears in my eyes I managed to choke out, “I know.”

I do not know her future or ours. I know life will not always be easy for her or us. But I do know this, without a doubt she is a gift to us and everyone she meets. Never in my life have I met such a beautiful soul. The light shining from inside of her is the brightest I’ve ever seen. All we have to do is love her.

And isn’t that what every parent should do anyway? 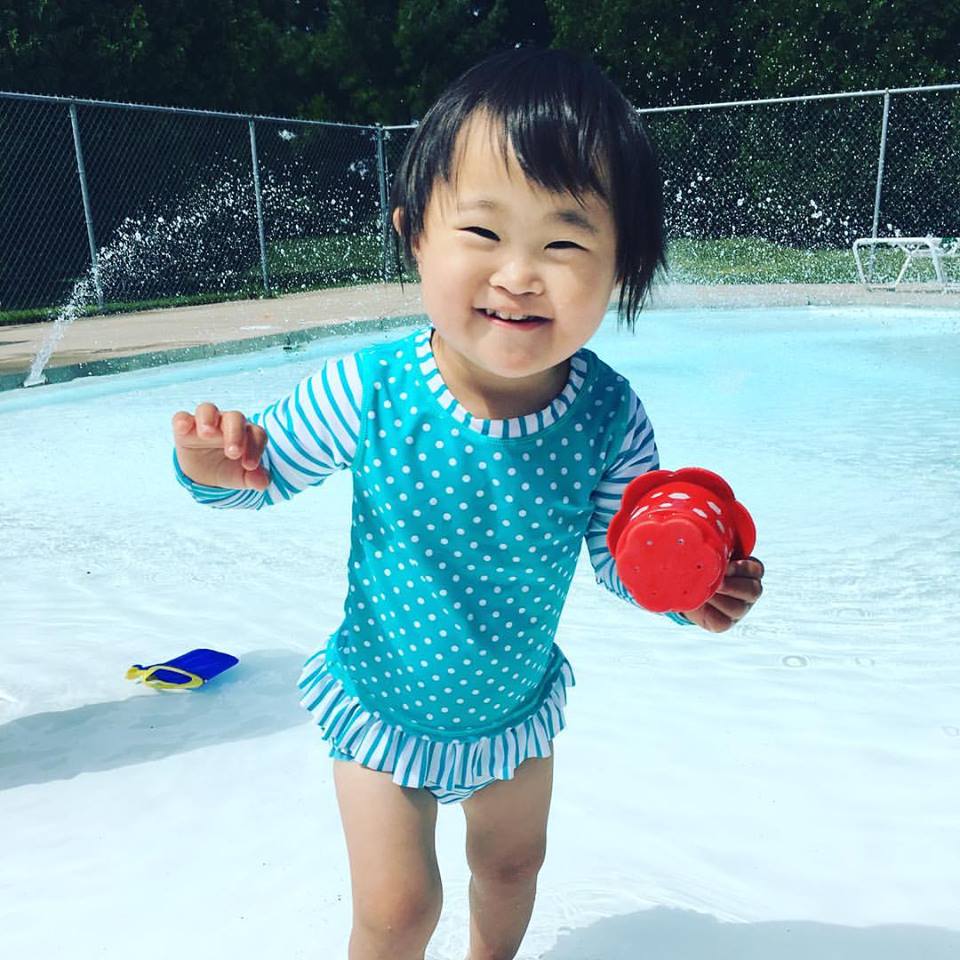