We have been teaching our children to ask for help when they have a problem or can’t do something alone. In fact, I am so adamant that they ask for help and say “please,” when they simply tell me about a problem, I ask them what they should do to get help. I don’t want them to expect me to fix everything for them, and I’m not the Complaint Department. However, asking for and accepting help is a lesson I also need to learn, and it requires daily effort. I never set out to be a supermom. I have zero grand delusions of doing it all, having it all, being it all.

Maybe because of my weird and familyless toddler years, I have always possessed a strong and stubborn commitment to independence. My mom can tell you, I often insisted on doing things for myself, by myself, without anyone’s input or assistance. I don’t know if it developed as a defense mechanism or a survival one.

Maybe it was all about pride. Maybe my little self decided I have to look out for myself because for a couple years, it seemed no one else would (I mean, I know there were adults taking responsibility for me, but I was an orphan from about 18 months to three and a half years old). I do know that when my adoptive family brought me home, I called every adult Mommy or Daddy. Clearly, I was confused. But I have a strong feeling that this is why my sense of independence took off.

It can be draining and stressful, always trying to be in charge or on top of things and seemingly being the one person in a group of many capable people who feels responsible and doesn’t like to delegate. Sounds like I’m describing a control freak, right? I’m sure many moms (and dads) can identify.

DIY to the extreme.

There is a quote from Kristin van Ogtrop, the former editor of Real Simple magazine, that I have always loved. Google (and my memory) is failing me at the moment, but it goes something like this: I want my family to help, but they’re doing everything wrong. 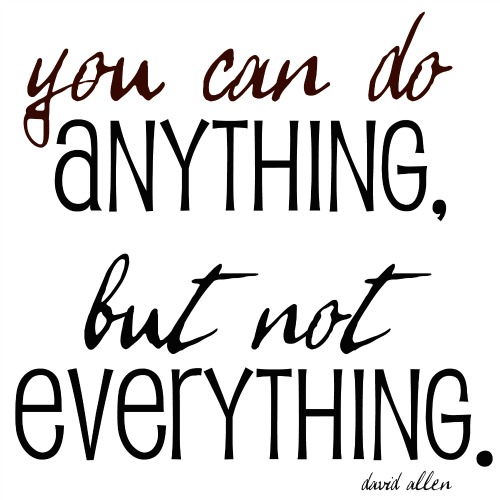 I have a hard time asking my husband, my dear, sweet, devoted partner in life, to help me with household chores. Case in point: I considered asking him to dry the truckload of dishes that had to be rewashed by hand because the old, crappy dishwasher in the new house decided not to use the detergent pod we so generously donated to the task. So instead of asking him and risking him saying no or sighing sarcastically or telling me how many other things he’s trying to get done right now, I took on the responsibility myself, meticulously washing and drying every dish and utensil.

I chose the harder option in order to avoid a potential moment of discomfort (or rejection, which is a whole other issue). I have debates in my head that go on for quite some time before I will ever just ask for help.

What good can come of accepting help?

SO MUCH. I’m often afraid to ask for help for fear of seeming weak or incapable. And when someone sweetly offers help, I typically turn down the offer. I have a hard time saying yes to help. But when I do, it’s magical. And since becoming a mother, it’s sometimes critical. I have to fight my urge to say no and instead say yes to offers of childcare, meals, even assistance in household chores. It was easier to do when I had twin infants at home and sleep was a commodity.

When we recently hired a moving company to do all of the heavy lifting for us, I couldn’t sit still while six strapping young lads took over our house. I said out loud that I couldn’t decide what to do, and one of the friendly workers told me to just sit down and relax. (I think he wanted me to stay out of the way.) Easier said than done, partly because of my drive to be in control, to be productive, or to not appear lazy, but partly because there wasn’t much furniture left to sit on. But it was then that the realization hit me. I have a problem accepting help.

One of my kids frequently asks if he can help me make dinner. Usually, it’s right at the time I have to take out a hot pan from the oven or dish from the microwave, and I tell him no. But if I stop to think about it for a few seconds, he can set the table or bring other food to the dining room. He likes to be involved and feel helpful, and I should embrace that.

What can go wrong because of accepting help?

From spouses or partners, children, friends, co-workers, hired services? Is the sense of personal accomplishment for being in total control or being able to do everything yourself worth the time and energy? Are you setting everyone’s expectations that you will do everything because you can’t ask for or accept help? And if you do, what is the worst that would probably happen? Take a chance that could pay off tenfold. Make it easier on yourself.