Ahhhh, unsolicited advice. Nothing like it. I have received more than enough as a parent. When I was pregnant, if I had a mere penny for every time I was told “You should get your sleep now,” I would have had enough money to buy myself a trenta iced latte.

When my kids were younger, baby/toddler stage, everyone told me my kids would grow up before I knew it and that I should enjoy them while they’re little. That is impossible advice to follow when your life consists of dirty diapers, teething tantrums, and sleepless nights.

A lot of the advice is repetitive, and some of it is outdated.

But because I just can’t help myself, here’s some that you don’t hear much of, and maybe it will be useful. These are the things I would tell expecting or new parents if I could think of them on the spot, which I usually can’t.

Before you have kids, people don’t tell you that you will have to use your precious little vacation time to care for your children during their snow days, spring breaks, doctors’ appointments, and schools’ Professional Development days. You may have to tell your hopeful children that you can’t chaperone their newest field trip because you simply don’t have any available PTO and then wrestle with the guilt of not being able to participate in every one of their memory-making experiences like that mom is.

No one tells you even after they start sleeping through the night (hallelujah!), they’ll still wake you up when they’re sick or sleepwalking or when they had a bad dream. I hear from parents of teenagers that you wake up when they come home late too–or you stay awake when they don’t.

No one tells you how much fear there is.

No one tells you how unappreciated you will feel after planning and paying for meant-to-be-fun (-and-maybe-educational) activities that they will complain about. You will think, fine, we’re NEVER leaving the house again.

And then, you’ll leave the house again the next day, determined to provide fun and enjoyment for the whole dang family. You know the definition of insanity, right?

No one tells you that going out to restaurants with them is exhausting. They will not sit still or stop talking or keep their drink upright. Crayons are drawn to the floor like a moth to a flame. They will barely eat their food because sometimes macaroni and cheese is different at a restaurant. They will have to go to the bathroom a lot, and you won’t be able to stop them from sticking their entire arm into the garbage can and nearly vomiting in your mouth. (You, hopefully not the kid, although that may happen at some point.) 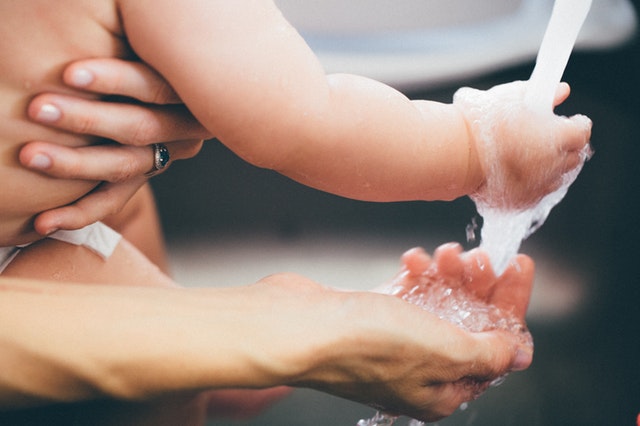 No one tells you that their obsessions (i.e., Thomas the bad-decision-making train, superheros, construction vehicles, dinosaurs–even though mine didn’t give two figs about them, I actually would have enjoyed that–and nonsensical Minecraft monologues) will become the topic of nearly every conversation.

You will have to bite your tongue and at least feign interest, because ultimately, telling them you just don’t care about their passions will backfire. At least, I’m sure I’ve read that in a few places.

No one tells you how to deal with a kid who cries at the drop of a hat (literally).

No one tells you that they see the best in you. Yes, you will hear about how much you will love them, but what you may not hear is that from them, you will receive unconditional love. Even when you’re not feeling like the best version of yourself. When I feel dumb and ignorant, they still listen to and believe me. When I feel fat and sad, they still want hugs and snuggle time. Without make-up and unshowered, they love me all the same.

It makes up for the sleepless nights and dirty diapers, I swear.