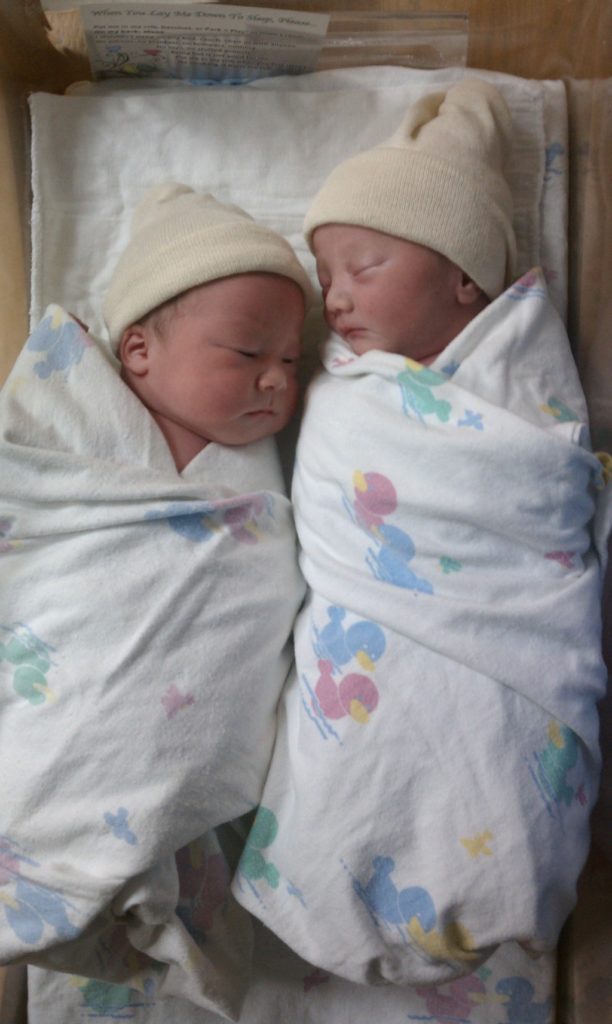 My kids are fraternal twins. They are not clones or carbon copies of each other. Even if they were clones, have you seen Orphan Black? They are brothers. They have the same parents, grew in the same womb, share a birthday, live in the same house, and attend the same kindergarten class. For the first three months, they shared a nursery. They have some of the same interests: Angry Birds, Star Wars, Octonauts, Shopkins, pretzels, cookie dough, and macaroni and cheese. But that’s about where their similarities end.

Cameron, my precious firstborn, likes to be in charge. He looks out for the little guy (some of his classmates, his brother, the cat). He also likes to be alone and is often very serious. On a good day, I rank in the top three of his favorite people. Nine times out of 10, he’ll request his dad to put him to bed or give him a bath.

He loves to run outside, and he’s less prone to injury–at least less prone to complaining about it. He seems to have a natural athletic ability (the genetic origins of which are a mystery), but it’s upsetting to him if he can’t do something right the first time. When he’s sick, he’s just quieter than usual and eats less. He doesn’t always want to or know how to tell us what’s wrong. His voice is really low, like Old-Man-River low. It was startling when he was a toddler. 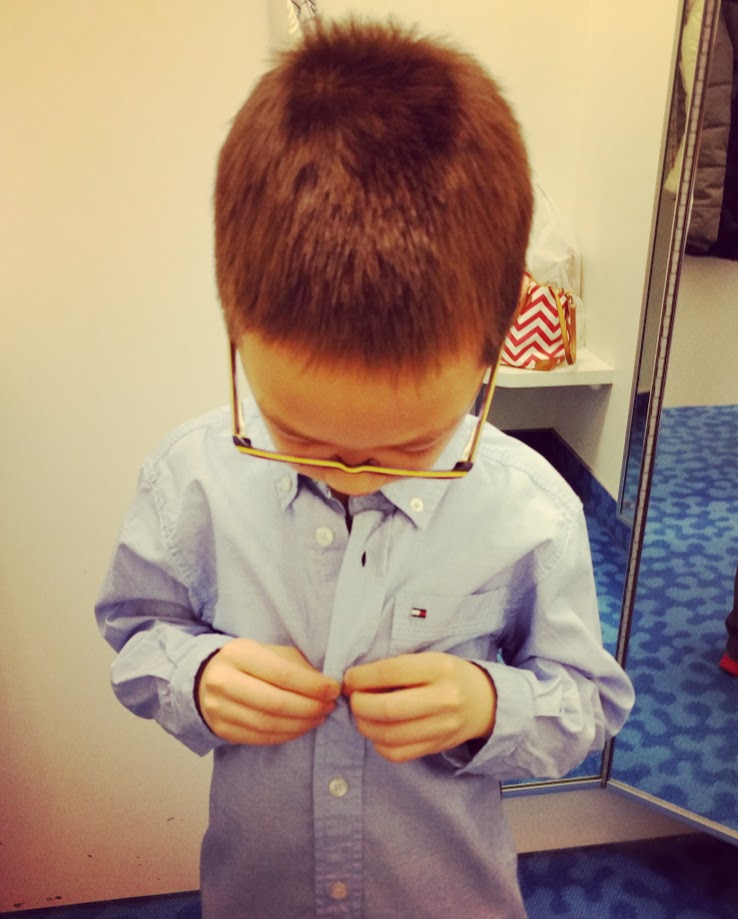 He has been a bookworm since he was two. He loves fruit and will at least try most vegetables. He has his dad’s long, thin neck and delicate fingers. He colors with intensity and determination. I’ve seen it take him five whole days to finish coloring one picture. He is decisive and stubborn.

He was first to crawl and first to walk. He was also first to attempt a crib escape, luckily intercepted. He does not like following the rules, but he likes policing others. He rarely wants me to take a picture of him. He has a crazy good memory for dates. He could tell you what day of the week Valentine’s Day was. Last year.

Almost without fail, he will ask me five minutes before dinnertime what we’re having for dinner. Whether or not I’m the one making it seems to be irrelevant. If he has fewer than three items of food at a meal, he’ll ask for more, just to have a variety. He only likes cuddling at his own behest. Often when I ask for a kiss or a hug, he’ll run the other direction.

Carson, younger by two whole minutes, loves me unconditionally and more than any other person in the world. He is happiest by my side and involved in whatever I’m doing, making, cleaning, watching, or reading. Nine times out of 10, he wants me to put him to bed or give him a bath. I’ve been accused, on more than one occasion, of coddling my last baby. LAST. BABY. EVER.

If I have plans to go somewhere, he asks if he can come, and he’ll hold my hand as long as I’ll let him. He has a love of chocolate, cookies, cupcakes, ice cream, iced coffee, and iced espresso drinks that rivals mine. He is a people person and loves to talk, sing, and just generally make noise. He is always goofy and trying to make someone laugh. 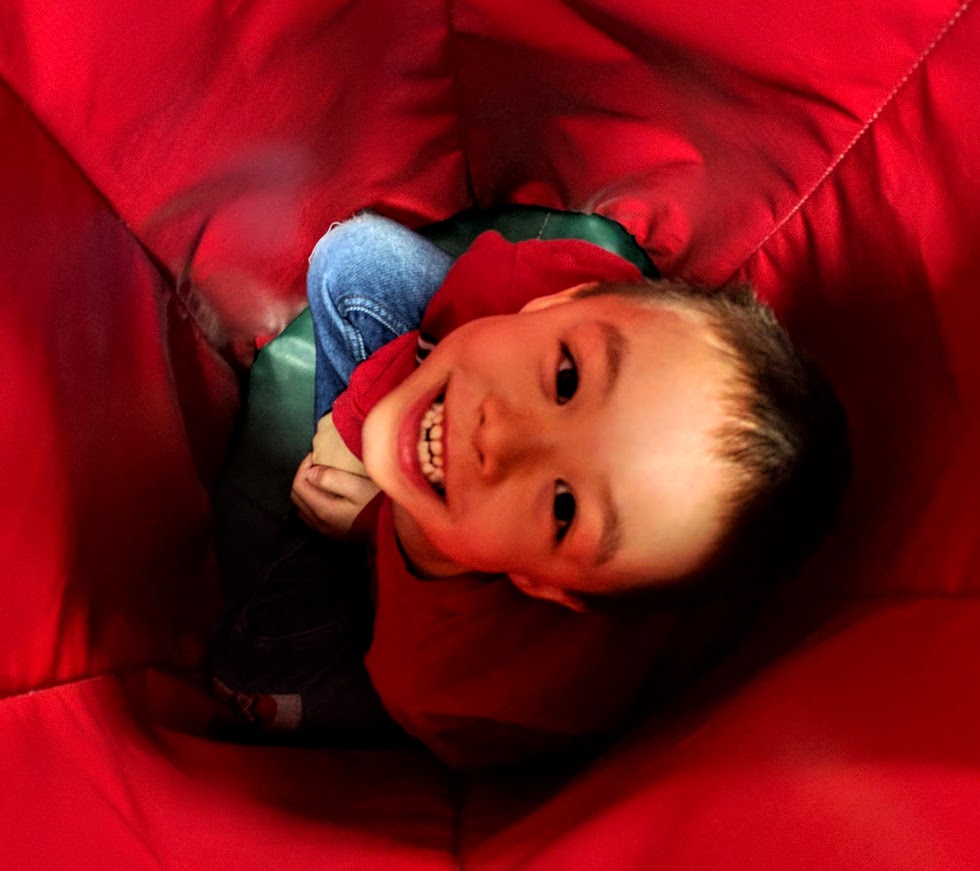 He mostly lives in his own little Carson World, where the sun is always shining and the flowers are always in bloom. He is passionate and articulate. He loves art and has always shown a talent for drawing and storytelling. He’s already authored at least five books. He has his great grandma’s (and grandpa’s and dad’s) cheeks and lips. When he’s sad, he’s miserable. When he’s hurt, he’s immobile and desolate. He loves swimming and taking baths, both of which I also happen to love.

He’s a rule-follower because he doesn’t want anyone to be mad at him. With a single look, he can instantly remind me that I’m wrapped around his little finger. He loves cuddling, having invented the term “cuddle wuddle,” which means extra-close cuddling. He is kind to others and feels everything. He is prone to crying when upset or confused. He loves tiny things and will say, “It’s so cute.” His voice is high-pitched and squeaky.

My twins are as different as night and day, and I love them equally but differently. And do they have different personalities? I’m sure every parent of twins or more is asked this question. I’ve never met a parent whose answer is “No. They are exactly alike in every single way.” When people meet my boys and ask how to tell them apart, I usually say, “Cameron is taller and has a longer name.” What I want to say is, “Get to know them. That’s the best way to tell them apart.” 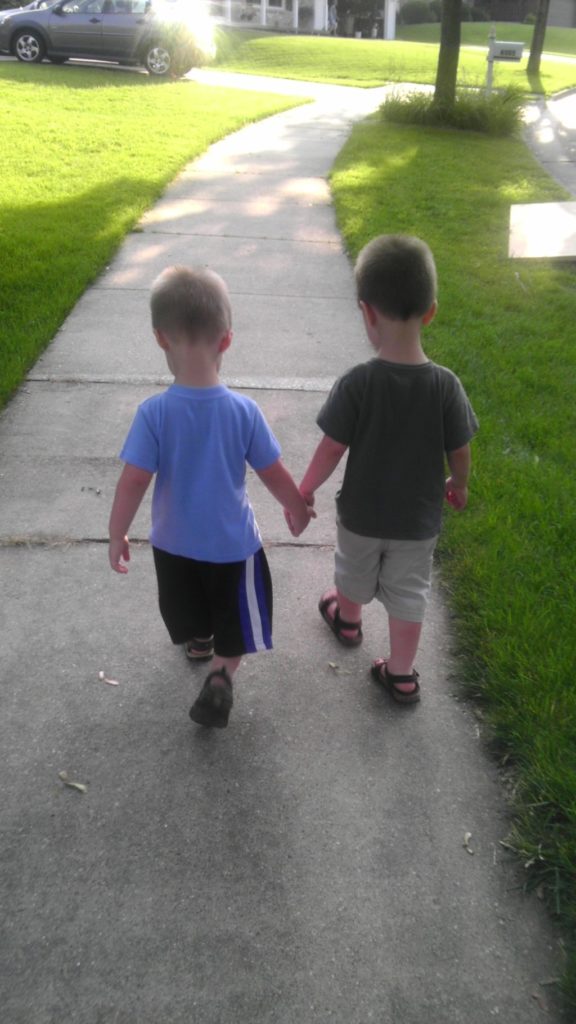